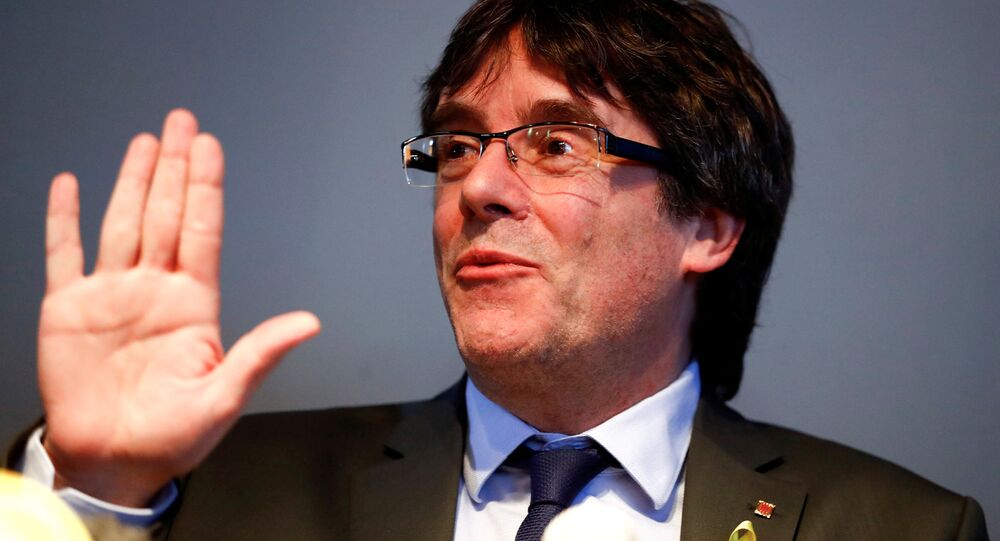 MOSCOW (Sputnik) - The Prosecutor General’s Office of German northern Schleswig-Holstein state confirmed on Friday that it has sent a request to the state’s High Court to cancel the extradition process of former Catalan leader Carles Puigdemont as the Spanish Supreme Court has withdrawn the EU arrest warrant against the politician.

"Due to this reason the process of extradition has lost its grounds. The High Court of Schleswig-Holstein in Schleswig filed a petition demanding to cancel the order for the arrest of Carles Puigdemont for a subsequent extradition. After the cancellation of the order, the extradition process will be over," the statement read.

© AP Photo / Paul White
Spain's Court Rejects Puigdemont’s Appeal Over Catalan Leader Election Law
On Thursday, the Spanish Supreme Court withdrew the European and international arrest warrants against Puigdemont and five other fugitive Catalan politicians who remain abroad. However, national arrest warrants remain in force, meaning that the politicians will be arrested if they return to Spain.

Last week, the High Court of Schleswig-Holstein ruled that the extradition of Puigdemont to Spain over misuse of public funds was possible.

Puigdemont fled to Belgium in October to avoid sedition charges after last year's independence referendum. In March, the ex-Catalan leader was arrested in Germany but later released on bail by a German court.