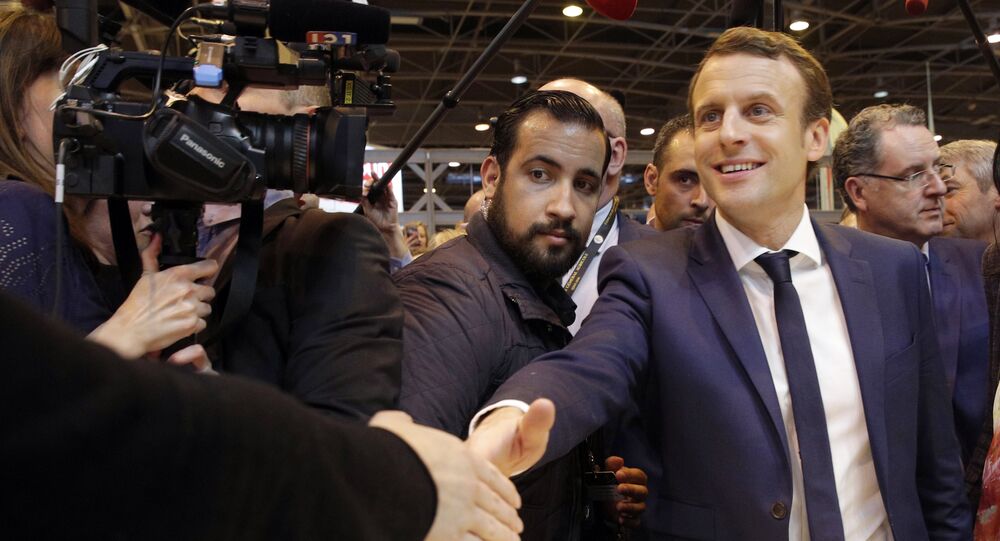 MOSCOW (Sputnik) - Paris prosecutors have launched a preliminary investigation into Alexandre Benalla, a deputy chief of staff of French President Emmanuel Macron, over a recent attack on an anti-government protester, the Europe 1 broadcaster reported Thursday.

The prosecutors were treating the case as a potential act of violence committed by a person holding public office, the media reported.

Elysee spokesman Bruno Roger-Petit explained earlier on Thursday that Benalla had asked for authorization to participate in a law enforcement operation, which he received, but then overstepped his authority by intervening physically.

"He was penalized with a 15-day suspension from work and salary suspension, and was relieved of his duties to organize security during the president's trips," Roger-Petit said, as quoted by the France Info broadcaster.

According to the Elysee spokesman, Benalla was warned that any further notices would lead to him being fired.

© Sputnik / Irina Kalashnikova
‘Mentor’of 2015 Paris Attackers Expelled From France to Algeria – Reports
The investigation has been prompted by media reports saying that Benalla was identified in a May 1 video where he was captured tackling a young man to the ground and punching him repeatedly before fleeing.