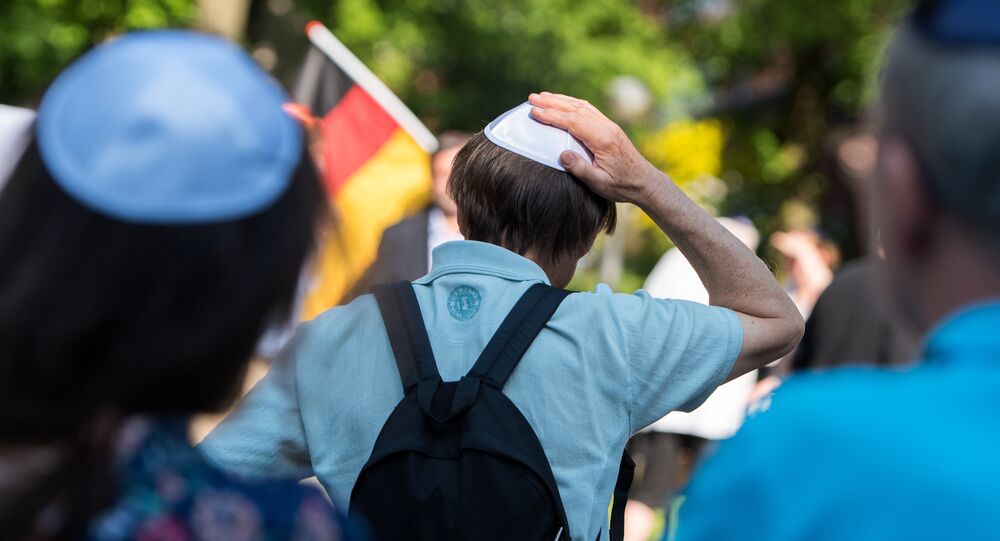 Last week, the heads of about 40 Jewish organizations based in Germany urged Berlin to crack down on anti-Semitism, citing a series of anti-Jewish attacks that have occurred in the country over the past few months.

Jews and Israelis are now most frequently threatened through the Internet, where anti-Semitic attacks and insults are becoming "more hateful and more radical," according to a study released by the Technical University of Berlin (TU Berlin).

The survey was based on the content of at least 300,000 mostly anonymous texts which mainly came from social media sites.

According to Monika Schwarz-Friesel, head of TU Berlin's Institute for Language and Communication, the study showed that "the threshold is sinking" and that "people use the anonymity of the internet to disseminate anti-Semitic comments."

"Anti-Semitism doesn't only come from right-wing extremists or the populist scene. Everyday anti-Semitism rooted in the heart of society is the most dangerous," she underscored.

She also warned that if the trend of anti-Semitic bullying through the Internet continues, "anti-Semitism will become more normal in real life, not just online."

The TU Berlin study came a week after the publication of an open letter by the heads of 40 Jewish organizations based in Germany who insisted that anti-Semitism should be recognized as "an attack on the inviolability of human dignity and on the foundations of the entire liberal democratic community."

They noted that this recognition is in line with the International Alliance for Holocaust Remembrance's definition of anti-Semitism, which they warned "cannot be successfully fought as a mere subcategory of racism."

Last week, a 50-year-old Jewish-American professor of philosophy was visiting the German city of Bonn as a guest lecturer when he was assaulted by a young man of Palestinian descent who reportedly knocked the yarmulke off his head, shoved him and shouted: "No Jews in Germany!"

© AFP 2020 / DPA/Bernd Von Jutrczenka
'New Phenomenon': Merkel Sheds Light on Arab Migrants' Anti-Semitism
Earlier, seven men and three women, aged between 15 and 25, including six Syrians and three German nationals, were detained after beating up a passer-by in a Berlin park.

Police said that the assailants were subsequently released but that investigators dealing with politically motivated crimes have taken over the case.

In another development, a 19-year-old Syrian migrant has been found guilty of an April attack against an Israeli man who was wearing a Jewish yarmulke skullcap on a street in Berlin.

Petition Launched in France Against Anti-Semitism Rife in Muslim Neighborhoods