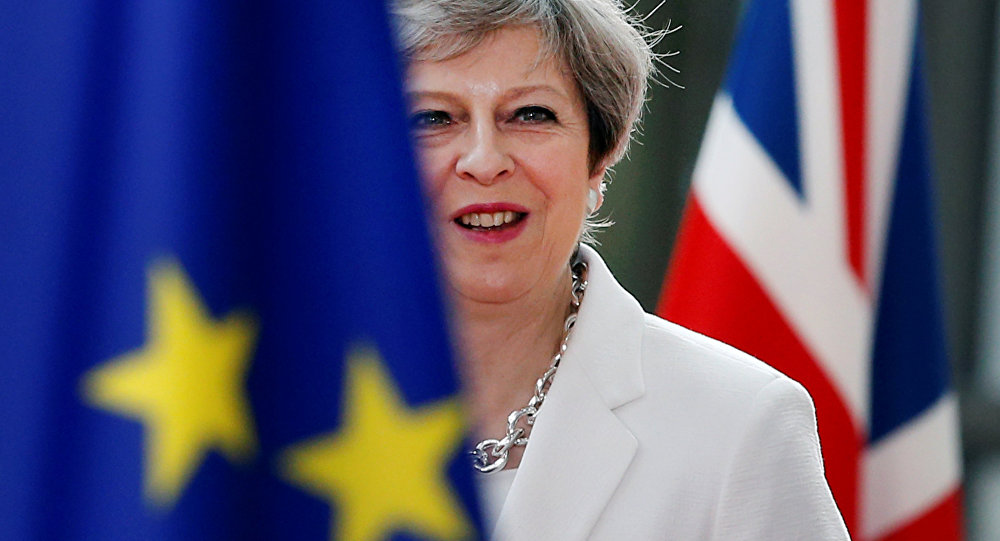 Prime Minister Theresa May's blueprint for Britain's withdrawal from the EU, which was agreed upon at Chequers a week ago, specifically stipulates plans to create a UK-EU Customs Area and continued British adherence to European industry rules and standards.

Former Brexit Minister and current MP Steve Baker has warned that more than 40 members of the Conservative Party are poised and ready to cooperate with Labour in order to vote against Prime Minister Theresa May's Chequers deal on Britain's exit from the EU.

"The number 40 [Hard Brexiteers] has been bandied around in this House in the last few days, and I'm sorry to say, and it gives me no pleasure to say it, but the thing I have to say is – and the rest," Baker was quoted by the Huffington Post as saying.

He did not rule out that the Scottish National Party may also side with Labour to vote down the Chequers agreement, saying that "no one should plan on a high-alignment deal […] going through this House."

The Huffington Post noted in this vein that "if Baker's numbers are accurate, the UK could be set to crash out of the EU without a deal in March 2019."

Earlier in the week, up to one hundred Conservative MPs, principally comprised of the so-called "Hard Brexiteers, reportedly joined a WhatsApp group seeking to coordinate opposition in the party against the Chequers agreement.

READ MORE: 'Economically, May Under Massive Pressure to Deliver a Soft Brexit' – Prof

Opposition is principally linked to the Prime Minister's willingness to continue adhering to European industry rules and regulations after Brexit despite having no say in formulating them.

Also, the 12-point Chequers deal envisages "UK-EU free trade area with a  common rulebook for industrial goods and agricultural products which will be good for jobs."

© AFP 2019 / Brendan Smialowski
'We Want Special Deal With US and Should Be Going For Hard Brexit'– British MP
The deal additionally stipulates "continued close cooperation on security" and "an independent foreign and defense policy working closely with the EU and other allies."

May, for her part, has rejected allegations that the Chequers deal was dead and pledged that she would not yield to ongoing pressure from Eurosceptics.