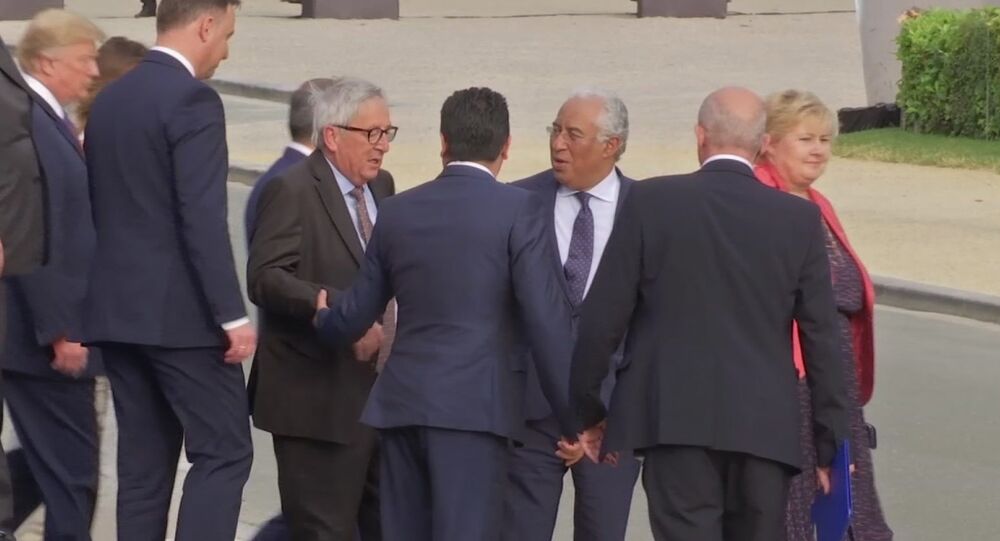 The statement comes in response to videos and photos showing Jean-Claude Juncker leaving NATO headquarters in a wheelchair following a dinner, which raised questions whether he had a drinking problem.

Jean-Claude Juncker, President of the European Commission, hit back at suggestions that he was drunk at the NATO summit in Brussels last week. It was leg cramp that made him stumble ahead of a NATO gala, he told a news conference on Wednesday.

Juncker confirms that was not alcohol,but sciatica, the cause of his health problems at NATO summit:

"I am really impressed by the interest some people are taking in these not even marginal issues. I am asking for respect" pic.twitter.com/LMAKWRxod7

"There are far more important things to concentrate on than my state of health," he added and asked for respect.

These remarks echoed those of the Commission's chief spokesman, Margaritis Schinas, who told the media on Friday that Juncker suffered a "particularly painful" attack of sciatica, a medical condition that causes numbness in legs.

This comes after a video emerged on the internet following last Wednesday's NATO summit in Brussels, which showed the 63-year-old Juncker struggle to walk down the stairs and maintain balance during the concert, making netizens contend that he was drunk.

Photos were also circulated online, where the EU chief is seen helped by world leaders and even seated in a wheelchair.

The Rise of Democratic Socialism; Trump Pushes Longtime US Policy at NATO Summit