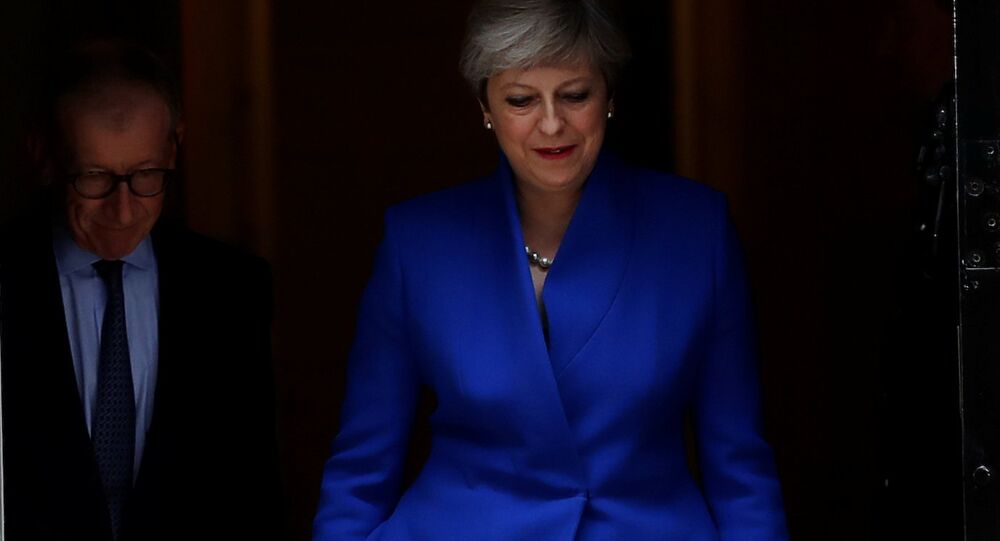 In the last session of the Prime Minister Question Time before the UK Parliament goes to recess for summer, Theresa May has addressed British politicians in the House of Commons.

The parliamentarians voted 307 to 301 against an amendment to the Trade Bill that keep the UK in the EU customs union in event of 'no deal' by January 21, 2019.

Conservative Party member Andrea Jenkyns brought up the issue of Brexit when she asked the PM:

"Could the Prime Minister inform the House at what point it was decided that Brexit means Remain?"

Mrs. May said that "Brexit continues to mean Brexit."

"We should be talking about the positive future for this country. I think what we need is a solution that is going to work for the UK, ensure we leave the European Union and embrace that bright future we both agree on," she added.

'Cobbled Together Mishmash' of a White Paper

On July 12, the UK government published its long-anticipated White Paper on Britain's future trade relations with the EU. London outlined its plans to leave the EU single market and the customs union, ending free movement and the jurisdiction of the European Court of Justice in the United Kingdom. The UK government announced its plans to introduce a special customs procedure with the European Union, which would be implemented in stages.

Leader of the opposition Jeremy Corbyn addressed the PM on Wednesday, attacking what he called the centerpiece of the White Paper — the "facilitated customs arrangement."

"Having spent a week trying to convince their own MPs this cobbled together mishmash was worth defending, they abandoned it. So what is their plan now for customs?" Corbyn asked.

Mrs. May reassured the MPs the government haven't actually abandoned the facilitated customs agreement and are discussing it with the European Union. She then launched a counter-attack on the leader of the opposition.

Earlier on Wednesday, the PM outlined in a Twitter post what the government's "Brexit plan for Britain delivers."

We are leaving the European Union, and honouring the result of the referendum. Here’s what our Brexit plan for Britain delivers: pic.twitter.com/vZzlo5h7dN

The PM will travel to Northern Ireland on Thursday to reassure businesses there won't be a hard border between Dublin and Belfast.

"I look forward to hearing views from businesses on the border in Northern Ireland on our departure from the European Union," Mrs. May said in a statement.

The controversy of the alleged wide-spread anti-Semitism within the Labour party came up during the House session.

"Anti-Semitism is racism. The Labour Party should accept that, the right honorable gentleman [Jeremy Corbyn] should accept that and we should all sign up — as the Conservative Party has done — to the definition of the International Holocaust Remembrance Alliance and all its annexes," Theresa May told her fellow MPs.

Mr. Corbyn has previously come under fire for perceived inaction on anti-Semitism within his party ranks.

‘Economically, May Under Massive Pressure to Deliver a Soft Brexit’ – Prof