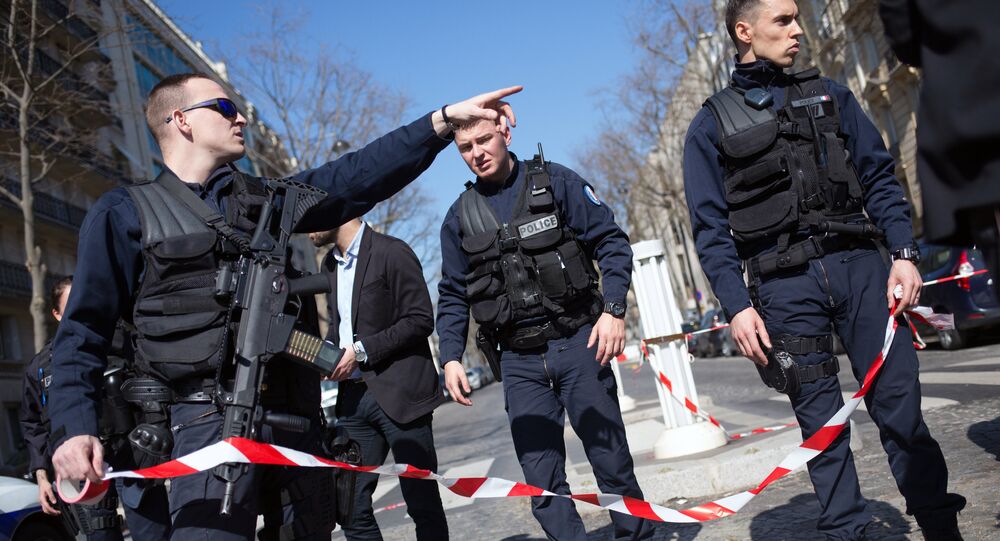 MOSCOW (Sputnik) - Djamel Beghal, an Islamist who is considered to be a "mentor" of the two individuals who committed terrorist attacks in Paris in January 2015, was released on Monday from a prison in France's Vezin-le-Coquet and expelled to Algeria since he had long been stripped of his French citizenship, the Europe 1 radio reported.

According to the Europe 1 radio, Beghal, 52, left the prison at about 5:30 a.m. local time (03:30 GMT) and took off shortly after 10:30 a.m. from Paris’ Roissy Airport in the direction of the Algerian capital of Algiers.

In January 2015, France experienced one of its worst security crises in decades after three days of attacks, including the attack on the official of satirical magazine Charlie Hebdo, committed by Kouachi and his brother Said, and a supermarket siege at Porte de Vincennes in eastern Paris committed by Coulibaly. The three terrorists were killed by the French police.

© REUTERS / Police Nationale/Handout
Paris Attacks Suspect Abdeslam Sentenced to 20 Years in Prison by Brussels Court
In 2005, Algerian-born Beghal was convicted by a French court of plotting a foiled attack on the US embassy in Paris and sentenced to 10 years in jail.

In Fleury-Merogis prison, where he served his prison term, Beghal met and started mentoring Cherif Kouachi and Amedy Coulibaly, who later went on to carry out the attacks in Paris in January 2015.

In 2006, Beghal was deprived of his French citizenship, which he had acquired through his marriage with a French citizen in the 1990s.

He was released in 2009 pending his expulsion to Algeria, but in 2010, he was sentenced to yet another 10 years in prison for plotting the escape of a militant who had been sentenced to life imprisonment over the 1995 terrorist attack at the RER Musee d’Orsay station in Paris, which killed eight people.