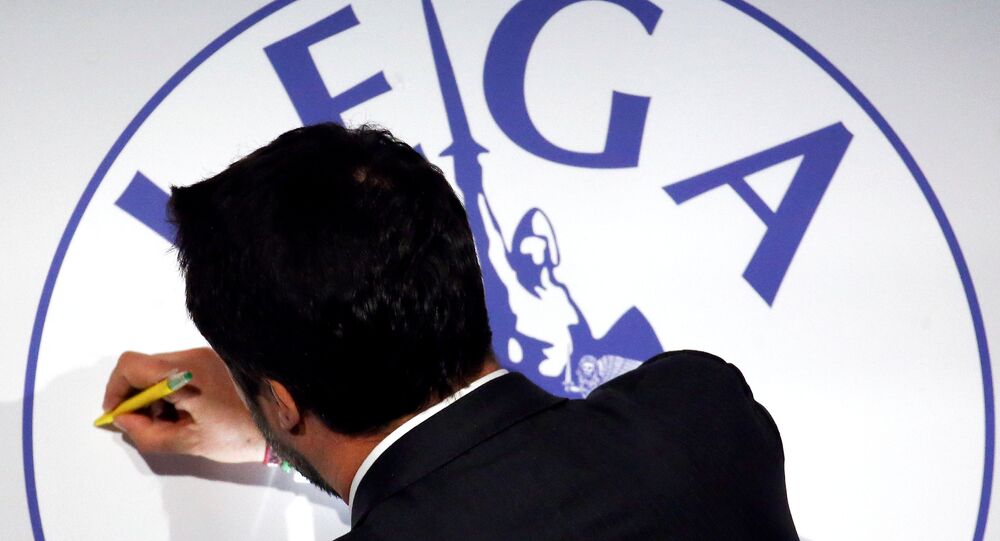 ROME (Sputnik) - Italian Deputy Prime Minister and Interior Minister Matteo Salvini said upon his arrival in Moscow on Sunday that he was looking forward to restoring cooperation with Russia.

"I am looking forward to returning to [joint] work, maintaining a dialogue, tackling cultural and trade cooperation between Italy and Russia, since sanctions have never been a solution in the history of humanity," Matteo Salvini said in an interview with the Rainews24 TV channel.

© REUTERS / Jon Nazca
'Before Taking a Single Migrant in Italy, We Want the EU to Protect Borders' - Salvini
Salvini also called for "unlocking all channels" to fund small and medium-sized enterprises in Russia, stressing that it "would be a wise signal."

He noted that, during his visit, he planned to meet with Russian Interior Minister Vladimir Kolokoltsev, officials from the Russian Security Council, and representatives of Italian and Russian business communities.

"I am proud to be the first minister of the new Italian government who arrived with an official mission to Russia – not for the [2018 World Cup final match] but – for tomorrow’s political and economic talks," the politician said, speaking at the embassy in Moscow.

Salvini, along with other senior foreign officials, arrived in Russia to attend the 2018 FIFA World Cup final in Sunday evening and hold talks with the country’s leadership.

© AP Photo / Luca Bruno
Italy's Deputy PM Hopes to Meet Putin During Visit to Moscow for World Cup Final
According to Salvini, he received an invitation to visit the country form the Russian security services and intends to discuss migration and counterterrorism with his Russian counterparts.

The new Italian government, a coalition comprising the anti-establishment Five Star Movement (M5S) and the Eurosceptic Lega party, led by Salvini, has consistently called for the lifting of anti-Russia sanctions and Moscow’s reinstatement as a strategic mediator of the Syrian, Libyan and Yemeni crises, and a partner in counterterrorism efforts.