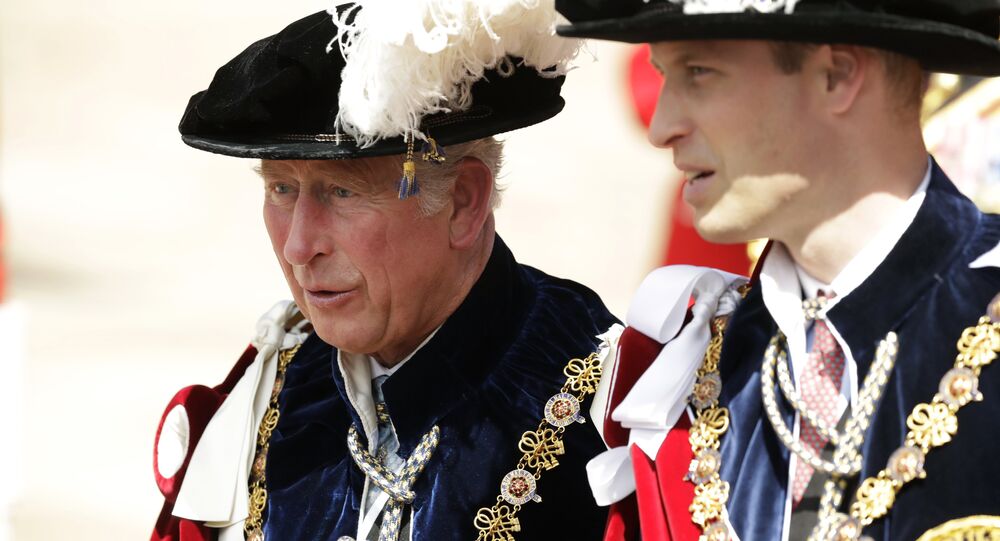 Personal and social errands obviously enjoyed a higher priority on the to-do list of the heirs to the throne than joining Queen Elizabeth as she greeted US President Donald Trump on his official visit to the UK.

Prince Charles, along with his sons, appeared reluctant to meet Donald Trump on his working visit to Britain, as the Queen was left to welcome the US president with no other royals around, according to a well-placed source cited by The Sunday Times.

"This business of Prince Charles and Prince William not being there for the Trump visit was a snub,” the source said, adding that they “simply refused to attend."

The speaker concluded by saying that the Queen is rarely on her own when some high-profile official arrives; she is known to usually be accompanied by Prince Charles, who has been substituting for her 97-year-old husband Philip. The latter, although retired from royal duties, “could have” joined the Queen “if he had wanted to.”

During Trump’s brief meeting with the reigning monarch at Windsor, Prince Charles had a business meeting with his company and then attended a police event, William played in a charity polo match, while Harry had a few private engagements.

It later appeared that the president made a slight etiquette gaffe by failing to bow to Her Majesty and then turning his back on her as he walked right in front of her while approaching the guard.

The newspaper, however, cited a Buckingham Palace source as saying that the visit was “not a state one,” adding that the participation of other members of the royal family “would be different.” Meanwhile, in 2016, while also on a working visit, Barack and Michelle Obama had lunch at Windsor Castle with the Queen and Prince Philip, and also enjoyed a private dinner at Kensington Palace with the Duke and Duchess of Cambridge, as well as Prince Harry.

On the day of Trump’s arrival to the UK, on July 13, over 100,000 people took to the streets in downtown London in protest, with the public mocking the US President by flying a giant balloon portraying him as a screaming toddler. London Mayor Sadiq Khan is said to have personally approved the anti-Trump rally when the organizers submitted their request.

Although he personally expressed more positive expectations of the UK visit after leaving the NATO summit in Brussels, a YouGov poll found that only 17 percent of the Brits view Trump favorably, whereas 77 percent expressed a negative opinion.