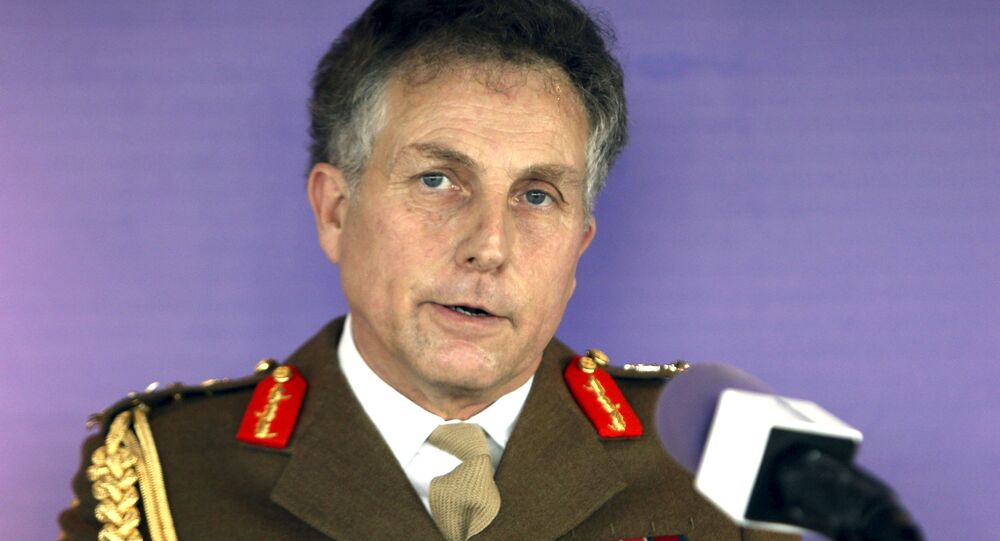 British Chief of Defense Staff, General Nicholas Carter, has warned of new forms of attacks, allegedly by Russia and China, which the country’s armed forces could fail to cope with.

General Nicholas Carter, believes that the country’s military needs to “fundamentally” change in order to defend against threats to “the traditional set of international rules that have maintained our security and financial success since 1945.”

Saying that the “holiday from history” that Britain has enjoyed since the end of WWII is now over, the general warned that to be able to fight back, the country needs to better arm itself.

© Photo : Facebook / Ministry of Defence
New UK Army Chief Lists Russia Among 'Imminent' Threats to Country
“I fear our 70-year long holiday from history may well be over and we all have a job to do to fix it,” he warned.
General Carter fears that Britain has fallen behind Russia and China amid what he described as a distinct shift in conflict tactics used by the two countries, which he said are “masters” at controlling the “gray area” between war and peace.

“They will erode and finally overturn the democratic, rules-based, stable system under which we have all lived comfortably for nigh on three generations,” the general claimed.

This doom and gloom picture painted by General Carter comes at a time when relations between the UK and Russia are at a low ebb following the poisoning of former Russian intelligence officer Sergei Skripal and his daughter Yulia in Salisbury, England.

Prime Minister Theresa May was quick to put the blame on Russia, which has categorically denied any role in the incident.