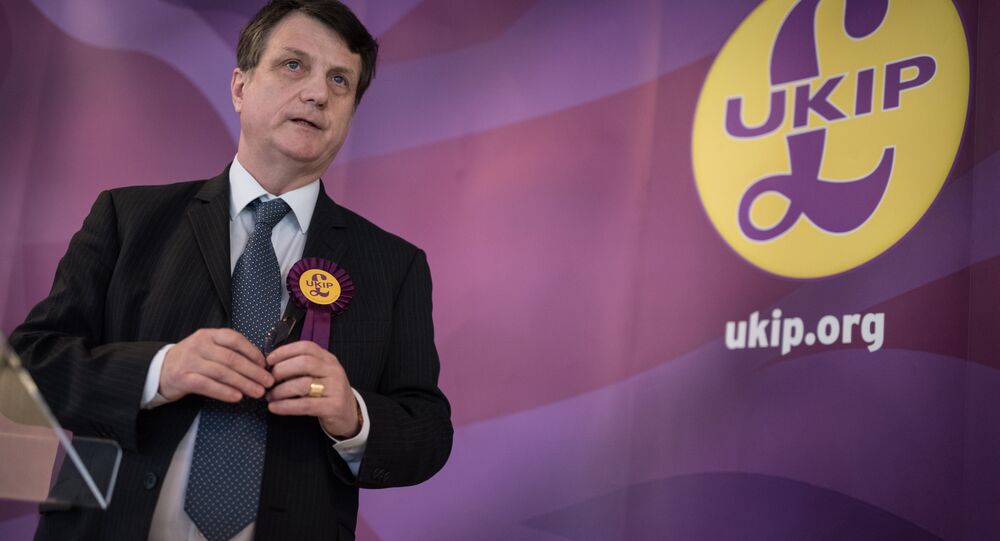 On July 14, supporters of the co-founder of the right-wing English Defense League, Tommy Robinson, took to the streets of London, demanding that he be released from prison and contending that he had been unfairly convicted for reporting on “Muslim grooming gangs.”

Speaking at a London rally in support of the jailed right-wing activist Tommy Robinson, UK Independence Party leader Gerard Batten told demonstrators that the rape gang members were inspired by the “cult of Mohamed.”

“The great British media do not want to talk about the group identity of the rapists, or the ideology that inspires them. The rape gang members are predominantly followers of the cult of Mohamed [prophet Mohammad]. They can justify their crimes to themselves because their ideology tells them that non-cult followers are lesser human beings,” he said, according to the copy of the speech, obtained by The Independent.

He further said that “the founder of their cult was himself a pedophile who kept sex slaves.”

“And he is held up to be a perfect model for them to follow for all the time. But we, the infidels and kaffirs, are not supposed to talk about it. And people who do face possibly criminal prosecution under our so-called ‘hate laws’.”

His controversial remarks sparked a wave of reactions on social media, with many condemning his “vile comments about Muslims”:

UKIP’s Gerard Batten has been giving a shocking speech, making a series of vile comments about Muslims, and the Muslim faith. He said, “both our Houses of Parliament are full of traitors” and “they must be swept away.” Ends his speech by asking people to join UKIP.

Surely this is incitement to violence? Are the police there?.

“Vile comments” that are actual facts. One of very few politicians in Britain not afraid to tell the truth

Truth obviously hurts you parasites @GerardBattenMEP is spot on and speaks for the silent majority.

Mohammed was a paedophile, he married a 6 year old and had sex with her when she was 9 years old. Definition=paedophile. Stop whining. @UKIP are awesome. Telling the truth.

Anyone who marries a child is such

Prophet Muhammad was sexually attracted to Aisha when she was 6, married her, then raped her when she was 9. Is that not the desires/actions of a paedo? Or are you fake news dickheads going to try to redefine raping kids as normal, with those opposing being far-right extremists?

Earlier this year, Batten, who served as interim leader of the UKIP party since February before being officially elected in April, defended his previous remark that Islam was a “death cult” in wake of the Westminster terror attack in March 2017, which killed 6 people.

“What I wrote there [on his personal blog] about Islam is factually and historically true, and anybody that cares to look at the history of Islam over the last 1,400 years will see that that is true. It was propagated by invasion, by violence and intimidation. It glorifies death,” he said in his first interview after becoming interim leader in February 2018.

Tommy Robinson was initially accused of breaching the peace and arrested in late May while broadcasting a Facebook live video outside of a court in Leeds, where a gang rape trial was being held. Later in the day, he admitted to the contempt of court charge and was sentenced to 13 months in jail – his lawyers are set to appeal the sentence on July 18.