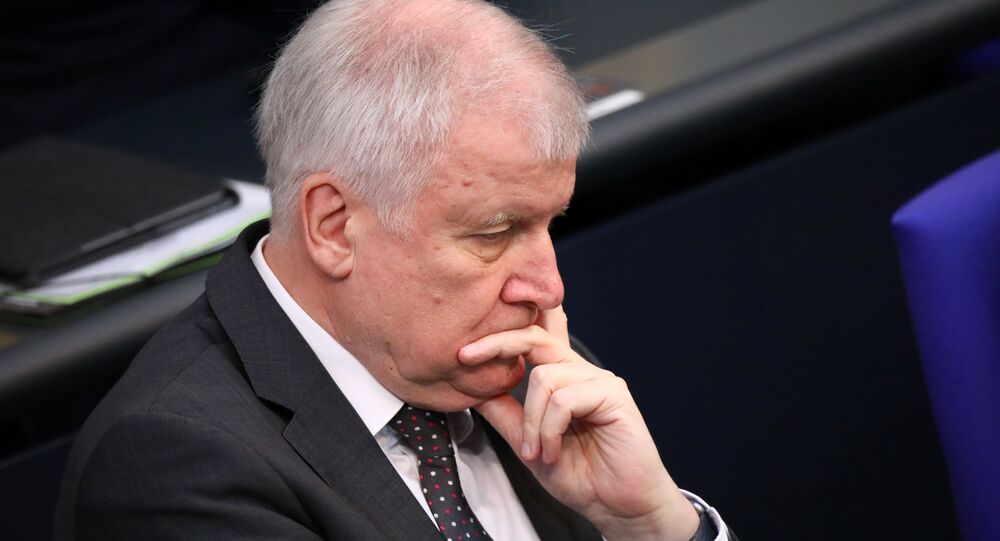 The uproar started after Horst Seehofer made a remark about “69 deported refugees on his 69th birthday,” while presenting his set of immigration policy improvements. However, the reported suicide of a young Afghan man who'd been convicted of assaults in Germany and sent back to his homeland a week ago fueled calls for his resignation.

German Parliament member Ulla Jelpke (Die Linke) has lambasted Interior Minister Horst Seehofer, leader of the Christian Social Union, following the reports about a suicide of a 23-year-old Afghani refugee after he was deported from Germany.

She stated in an interview with the German newspaper FAZ that Seehofer "obviously has an incurable deficiency in humanity," and it was high time that Chancellor Angela "Merkel throws the man out."

The chairman of SPD youth organization Kevin Kuehnert tweeted that Seehofer was a "pitiful cynic and the office is not fit for character," claiming his resignation was overdue.

The 23-year-old man was deported from Germany a week ago and hanged himself after his return to Kabul in a temporary shelter in Kabul provided by the International Organization for Migration (IOM), according to the German news agency DPA. The Afghan authorities later confirmed it. Before the deportation, the man, who had arrived to Germany as a teenager and lived in Hamburg for 8 years, had been convicted of theft and assault several times, according to the Interior Ministry.

Some media rushed to link the suicide to Seehofer's debatable remark about a group of Afghan deportees. Although it's still unclear if the man was deported in this group, according to the FAZ.

“Ironically, on my 69th birthday, 69 people — that was not my order — were returned to Afghanistan. This is far beyond what has been usual so far," he stated, as he presented his “Masterplan Migration,” introducing a tougher refugee policy.

Seehofer has rebuffed criticism and shrugged off the allegations that he’s responsible for this death. However, he expressed his condolences that the man had ended his life.

"This is deeply regrettable, and we should deal with it objectively and considerately," the politician told the media after meeting Italy’s Deputy Prime Minister Matteo Salvini to discuss refugee policy in Europe.

Seehofer pointed at Hamburg’s state Interior Ministry, which took the decision to send the man back to Afghanistan in the first place, saying that one should ask the local authorities first why they decided to deport the criminal.

To the calls to his resignation, Seehofer responded “I have nothing to say to that,” adding that he hadn’t known about the suicide on the day he made the remark.