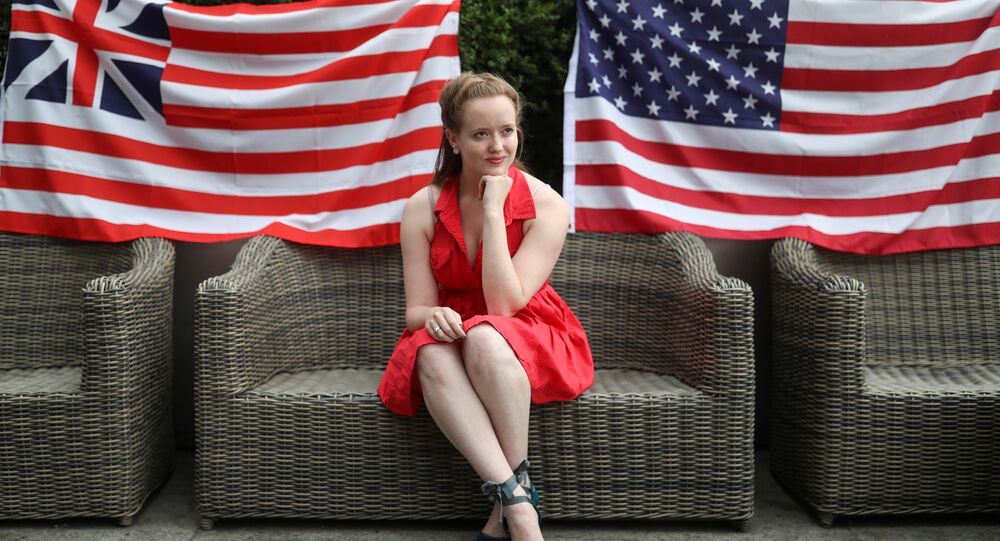 The US president addressed the media on Thursday in Brussels, where he has attended the NATO Summit, speaking of his state visit in the UK and his view on Brexit.

When asked about his trip to Britain, where Mr. Trump should be arriving on July 12, he said that people in the UK "like him a lot."

Commenting on the protests marking his visit and set to take place in the British capital, the US president said:

"I do think there will be protests because there are always protests. I believe that the people in the UK, Scotland, Ireland — as you know I have property in Ireland, property all over — I think that those people like me a lot and agree with me on immigration."

He also pointed out that Brexit was caused "in the first place because of immigration" and added he had a strong policy on the issue.

Mr. Trump told the press conference that Britain is a "hotspot with a lot of resignations." He was referring to senior government ministers quitting over disagreement with the UK PM Theresa May on future trade relations with the EU.

"I don't know what's going on with the negotiation, who knows. But that's become a very interesting point of contention."

© AP Photo / Martin Meissner
British Politicians Angry Over Late Access to Brexit White Paper
On the first day of Mr. Trump's visit in the UK, the British government has published the Brexit White Paper "The Future Relationship Between the United Kingdom and the European Union," a document outlining the policy and conditions of leaving the European Union, including an outline of the trade framework with Brussels.

Mr. Trump said he had been reading about Brexit over the last couple of days.

"It seems to be turning a little bit differently, where they are getting at least partially involved back with the European Union," he told the reporters.

He then added that it wasn't his place to tell the UK how to deal with Brexit but he would like to see Britain work it out quickly.

"I would say Brexit is Brexit. When you use the term ‘Hard Brexit,' I assume tats what you mean. The people voted to break it up, so I would imagine that's what they'll do but maybe they'll take a bit of a different route. I just want the people to be happy, they are great people."

His reaction was somewhat different to the Brexit-related position voiced by former US President Barack Obama during his visit in April 2016.

Mr. Obama had warned Britain that it could take years for London to negotiate trade agreements with Washington if it dropped out of the European Union.

very different — Obama prior to a referendum, at Cameron behest.. vs comment after.

Trump said: "It's not for me to say… the people voted to break it up, but they [gov] seem to be doing things a little differently"

And I’m still laughing at the fact he honestly did say at the NATO summit “I am a really stable genius”.

He has more integrity than the cabinet!

I wish we could borrow Trump for a few months to negotiate Brexit for us.

Starting to see what the US voters saw in Trump!

Would Trump qualify for British citizenship through his mum?

The US president confirmed he will be visiting his golf course in Turnberry, Scotland, which he called a "magical place."

"I'm going there for two days, while I'm waiting for my Monday meeting. I have great friendships over there, my mother was born in Scotland," Mr. Trump added.

Melania May Brace Against London Anti-Trump Rage on Her Own