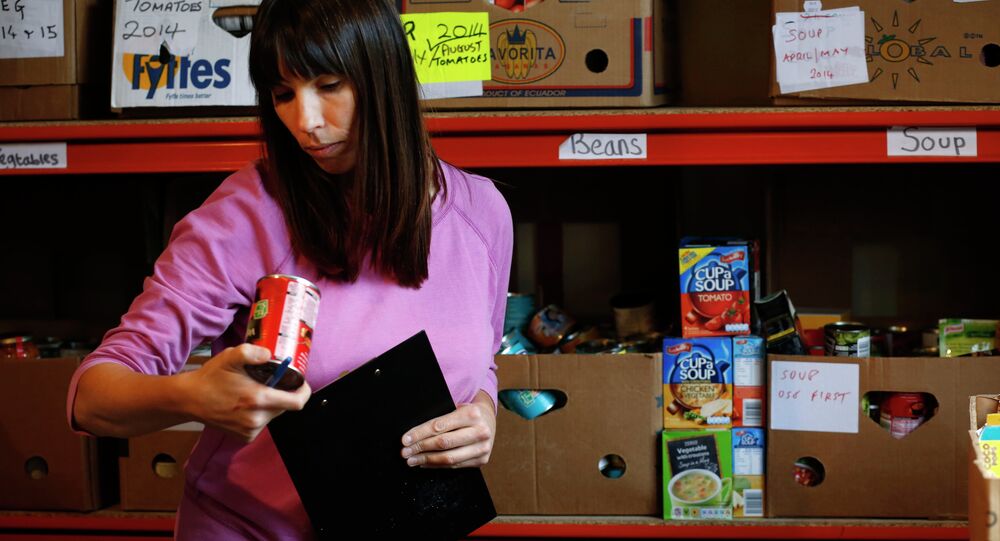 Emergency measures to keep Britain's food and drink industry afloat include stockpiling food ahead of 29 March 2019, the day the UK is scheduled to leave the European Union, according to pro-Brexit tabloid newspaper The Sun.

The 'vote leave' tabloid told its readers the government in London had drawn up secret plans to stockpile processed food in the instance the UK failed to reach an agreement with the EU. The squirrelling of food is, according to the newspaper, to show Brussels that 'no deal is not a bluff.' However it remains unclear what Brexit means when it comes to the logistics of importing and exporting goods from Europe.

Ministers draw up secret plans to stockpile processed food in case of a ‘no deal’ Brexit https://t.co/ot7DosoNk1

Food and drink is the UK's largest manufacturing sector with a turnover of over £90 billion (US$119 billion) and employs more than 400,000 workers, representing 15 percent of the total manufacturing workforce in the UK, according to the government.

I am sitting here in Holland watching in unbelief as this farce develops with lies by politicians and opinion makers, a gullible electorate angry at austerity or happy to trust its hapless #Brexit ers & now the unravelling with people stockpiling food to prepare for a no deal.

"UK manufacturers will have to continue to make to whatever regulation applies in whichever market. The greater the variation, the greater the cost." Mike Hawes, chief executive of the SMMT, the UK motor industry trade body told the FT.

“There is no Brexit dividend for our industry,” said Mike Hawes, the chief executive of the Society of Motor Manufacturers and Traders (SMMT)BMW will shut UK sites if customs delays clog supply post-Brexit
He said Brexit uncertainty was hitting investment.

The Chemical Industries Association recently wrote a letter to Michael Gove, then environment secretary, suggesting leaving the EU "would seriously bring into question 10 years of investment, as registrations and authorisations that permit access to the EU single market would suddenly become non-existent on exit day."

"Export certification demands are likely to increase dramatically. We recommend that the Government set out how it intends to increase resources to ensure that trade is not affected by delays in the process. It is imperative that the government invest in IT systems to support a more efficient export certification process in order to minimise delays to trade," the letter states.

Meanwhile British businesses are calling on Brexit negotiators to "avoid the cliff edge" and reach a deal that protects supply chains and the free flow of good between the UK and the European Union.

Brexit means new border controls and checks, which according to the British Retail Consortium (BRC) could lead to "food rotting at ports." The BRC estimates 12,500 small businesses risk closure if negotiators don't reach a deal.

Earlier this year food suppliers and manufacturers signed up to a manifesto calling for frictionless trade. Current trade agreements mean that food products can move promptly and without much paperwork between mainland Europe and the UK.

"These well-established, just in time, supply chains are vital…for protecting the livelihoods of tens of thousands of farmers and food producers in the EU, the BRC said in a letter.

It's feared border controls and check at ports will delay deliveries and complex supply chains means companies could relocate their business out of the UK; stockpiling processed food at British ports could be the tip of the iceberg of the chaos caused by Brexit.

So. It's already cost a fortune; employers are taking flight; the country is divided; our politicians are a global laughing stock, and now they're stockpiling food and medicine. #Brexit More trouble than it's worth.

Yippee "sovereignty" will sustain us 🙄 pic.twitter.com/fo6eAwf1Al