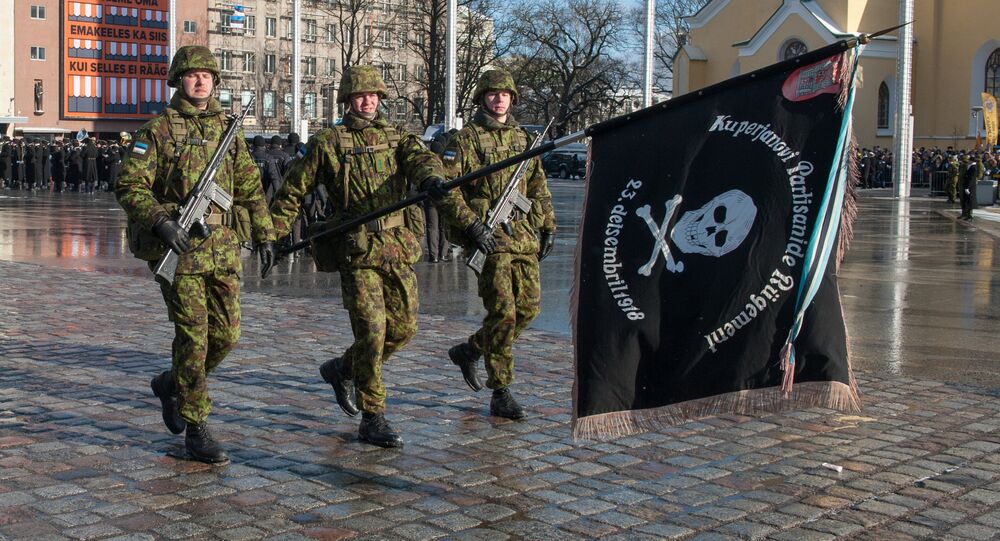 An Estonian Defense Forces colonel has shared with Western media his dream of Red Dawn-style partisan warfare against hordes of invading Russians.

Speaking to Politico, Estonian Special Operations Force commander Col. Riho Uhtegi predicted that the Russian Army would die in the country's capital if they ever invaded.

© Sputnik / Sergey Guneev
Estonia Warns Russia It May Lose St. Petersburg – Ex-President
Uhtegi told the news outlet that "deterring Russia" is every Estonian's duty. "I don't know what it would be like if the Russians really start to fight. Just that every Estonian will fight," the officer stressed.

Uhtegi did not discuss the rationale behind Russia theoretically invading Estonia, a NATO member, and risking World War III in the process.

The officer's remarks follow comments made by Former Estonian President Toomas Hendrik Ilves, who said last month that if Russia attacked Estonia, "soon after that it may lose even Omsk and Tomsk, let alone St. Petersburg."

Lietuvos Energija
Here's What Baltic Countries Really Fear From Russia (and It's Not Invasion)
NATO has beefed up its presence in Eastern Europe significantly following the 2014 Ukrainian crisis and Crimea's reunification with Russia, deploying rotating battalion battle groups in the Baltic states, dramatically increasing the scale and scope of its military exercises, and deploying a US missile defense shield in Poland and Romania. Moscow has responded to this perceived threat on its doorstep by improving its own military readiness.
...
Reddit
Google+
Blogger
Pinterest
StumbleUpon
Telegram
WhatsApp
363