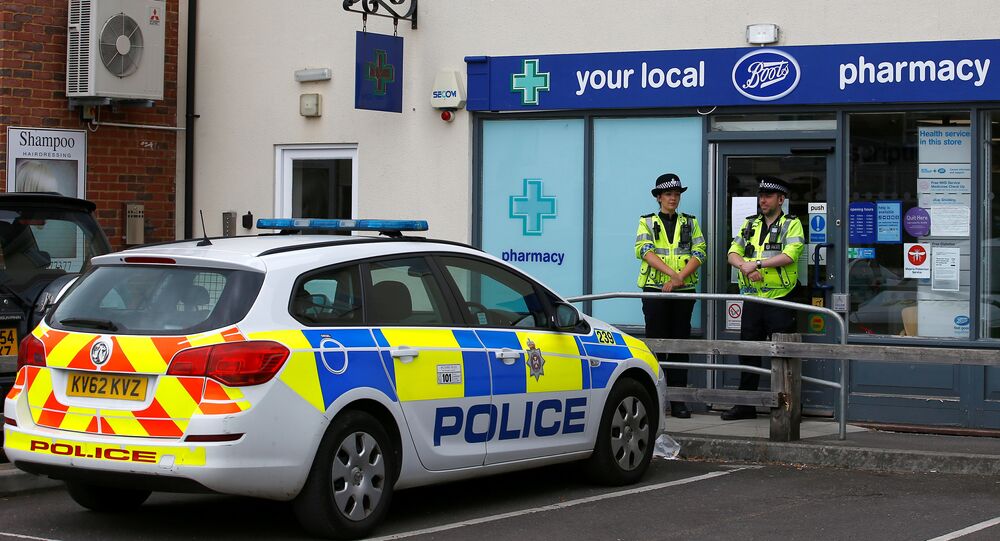 In the latest development regarding the alleged poisoning in Amesbury, police said the couple could have found the container with the nerve agent right after the Skripals' poisoning, but opened it only within the last ten days. However, the container has not been found and it's unclear if the link between the two poisonings will ever be found.

British counter-terrorism police chief Neil Basu has admitted that detectives have thus far failed to confirm whether the toxic agent the couple from Amesbury was allegedly exposed to in late June was the same as the one that was ostensibly used against former Russian intelligence agent Sergei Skripal and his daughter Yulia in March.

Speaking at a public meeting in Amesbury, Basu pointed out that he "would love to be able to say that we have identified and caught the people responsible and how we are certain there are no traces of nerve agent left anywhere in Wiltshire [county]."

"But the brutal reality is that I cannot offer you any reassurance or guarantee at this time. At this stage we cannot say with certainty that both the incident in March and this latest incident are linked," Basu emphasized.

Referring to 'Novichok', also known as the A-234 Agent, he noted that "if it is sealed in a container and it was in a landfill site it would effectively be safe because it would not be touched by anyone and it would last, probably, I've been told by scientists, 50 years."

Regarding the contaminated container, Basu suggested that the couple from Amesbury possibly "found it on 5 March and only opened it in the past 10 days."

Earlier, Basu said that  determining how 44-year-old Dawn Sturgess and her partner Charlie Rowley came across the contaminated item remains a priority task for the police, who are currently trying to track down the item amid the ongoing murder inquiry into the Amesbury case.

Sturgess and Rowley, 45, were found unconscious at his home in Amesbury on June 30. Sturgess died at Salisbury Hospital on July 1, while Rowley remains hospitalized and in critical condition. He has since gained conscious, local media reported.

The Russian Foreign Ministry, for its part, called London's claims of Moscow's involvement in the Amesbury incident "the good old mantra" of "the Russians did it" theme, urging the UK authorities to conduct a real investigation instead. Moscow said that it regretted Sturgess' death and remained very concerned about the repeated poisoning incidents on British soil.

The Russian Embassy in the United Kingdom, in turn, noted that that Moscow would consider the Salisbury and Amesbury incidents as anti-Russia provocations by London if the UK did not provide Russia with access to the investigation materials and the Skripals.

© Sputnik / Alex McNaughton
'Unprecedented Incident': Skripal Poisoning Cost UK Police Over $10 Million
The Salisbury incident centers around the alleged poisoning of Russian former intelligence agent Sergei Skripal and his daughter Yulia, who were found unconscious at a mall in Salisbury on March 4. Shortly afterwards, British Prime Minister Theresa May said it was "highly likely" that Russia was responsible but presented no evidence to substantiate the accusation, which Moscow vehemently denied.

The scandal led to the expulsion of dozens of diplomats by both sides. Yulia and her father were discharged from the hospital and taken to an undisclosed location on April 11 and May 18, respectively. In May, Russian President Vladimir Putin said that the Skripals would have been killed if they were exposed to a weapons-grade toxic agent.