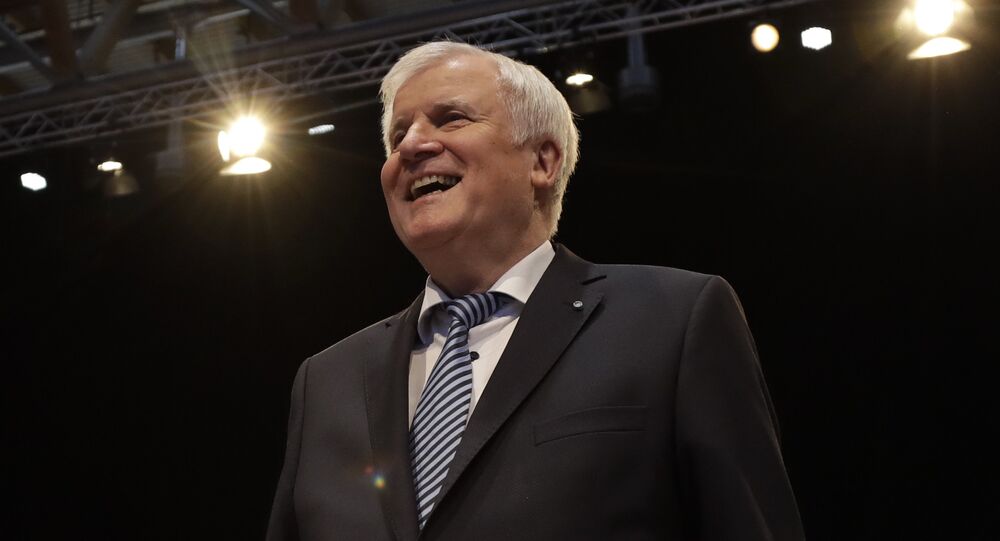 German Interior Minister Horst Seehofer stands for a tougher approach to the migration issue, which has prompted harsh disagreements with the country's chancellor, Angela Merkel, and threatens to ruin the governing coalition.

Seehofer's master plan for migration was due to be revealed weeks ago, but the row between his party, the Christian Social Union (CSU), and Merkel's Christian Democrats (CDU) over Germany's immigration policy postponed it.

READ MORE: German Interior Minister: 'Illegal Migration Is No Longer Worth it'

Asylum applications will be processed in special "anchor" centers. According to Seehofer, "Anker" (the German word for "anchor") is also an acronym for the sequence of words "Ankunft, Entscheidung, Rückführung," which means "arrival, decision, repatriation."

© AP Photo / Ronald Zak
Austria Ready to Protect Its Borders if German Migrant Deal Becomes Gov’t Policy
The minister's plan also envisions asylum seekers with rejected applications being sent back from the German-Austrian border to where they first entered the EU — usually Greece or Italy.

Seehofer's proposal triggered resistance from Greece and Italy, which often serve as entry points for migrants heading for the bloc from Africa across the Mediterranean. Rome has repeatedly urged other EU member states to do more to accommodate asylum seekers.

The migration dispute, which emerged between the two sister parties, the CDU and the CSU, has threatened not only to destroy Germany's ruling coalition, but to undermine the stability of the whole European Union. However, both parties, after tense negotiations, managed to conclude the deal and agreed to tighten border controls.

Since 2015, Europe has been facing its worst migration crisis since World War II, triggered by a number of armed conflicts and economic hardships in Africa and the Middle East. The EU has been struggling to accommodate hundreds of thousands of refugees fleeing war zones, while the measure to distribute the immigration burden among all member states has not been met with enthusiasm by many EU nations.