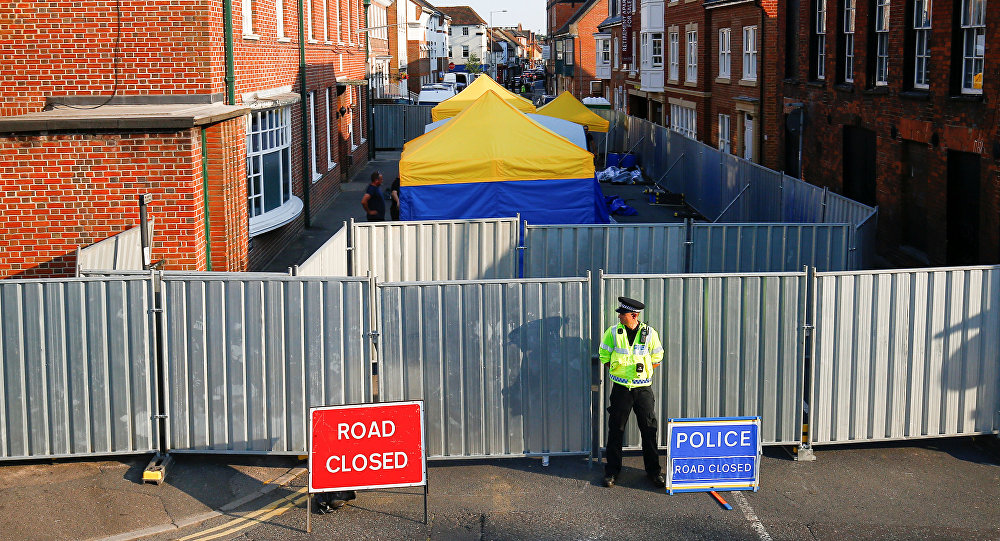 Previously, London attempted to impose sanctions on Moscow in April, following the Skripal case. Despite no evidence being presented linking Russia to the poisoning, the incident led to a diplomatic clash between the two countries and triggered an expulsion of Russian diplomats from the UK and its allies.

UK Home Secretary Sajid Javid told Sky News that the British government had no intentions to impose sanctions on Moscow over the Amesbury poisoning incident.

Later he paid a visit to Salisbury and Amesbury in order to address the issue and ckeck on the course of the investigation.

"The Home Secretary was met by Chief Constable of Wiltshire Police Kier Pritchard at the Guildhall in Salisbury, where he was given an operational update on the ongoing investigation. Afterwards, he met with first responders from Wiltshire Police and the Fire and Rescue and ambulance services to thank them for their dedication and professionalism… Then the Home Secretary went to Amesbury where he visited Muggleton Road, the site where the two individuals were taken ill," the official government statement read.

Speaking at the scene, Javid stressed the need to continue the investigation into the incidents, adding that it was "important to reiterate though that the risk to the general public remains low."

© REUTERS / Henry Nicholls
'Dumpster Diving' May Have Led Amesbury Pair to Novichok Contamination
These words came following a previous statement by the home secretary, when he told MPs that Britain would take "further action" if Russian involvement in the incident is confirmed, but later noted that authorities "don't want to jump to conclusions."

Charlie Rowley, 45, and Dawn Sturgess, 44, were found unconscious on June 30 in their house in Amesbury after falling ill earlier that morning. According to Scotland Yard, the couple was exposed to the nerve agent after coming in contact with a contaminated item. UK Minister of State for Security Ben Wallace stated that it was not a targeted attack but "a contamination by a Novichok."

Both Amesbury and Salisbury are located less than 10 miles away from the military's Porton-Down laboratory, which conducted the examination in both cases.

Addressing the Amesbury incident, Russian officials urged the UK authorities to avoid ‘political games', calling for cooperation with Moscow in the investigation.