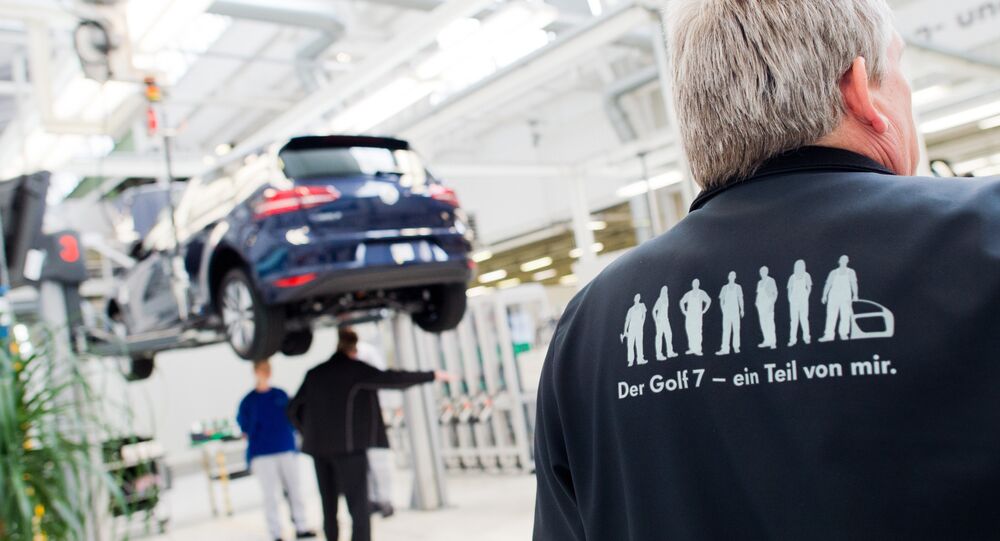 It had earlier been reported that the US ambassador to Germany had engaged in talks with heads of the country’s car industry regarding a zero-tariff solution to the automobile trade between the two countries.

Head of the German Social Democratic Party (SPD) Andrea Nahles has criticized the US envoy to Berlin, Richard Grenell, in an interview with German newspaper Welt am Sonntag for conducting negotiations with the heads of German auto industry such as BMW, Daimler and Volkswagen, regarding a tariff war between the US and Germany. According to Nahles, it was not in the envoy's authority to hold such talks.

"If the US government wants to talk about tariffs with us, then this issue must be discussed between the US Secretary of Commerce and German Minister for Economic Affairs and Energy Peter Altmaier. We are not some kind of banana republic!" Nahles said.

According to the same sources, the envoy had discussed the tariff war between the US and European countries, specifically Germany, and reportedly said that he was empowered to work out a solution to the problem. He suggested a "zero tariff" solution, which means that both the US and Germany would be required to lift all tariffs on automobile imports from each other's countries.

US President Donald Trump had ordered the Commerce Department in May to conduct an investigation into the EU's trade surplus with the US and the possibility of imposing higher import tariffs on European cars. Last week, the president announced that the research will be complete by the end of July and that Washington was considering the introduction of 20 percent duties on all vehicles assembled in the EU.

Previously the US imposed tariffs on steel and aluminum (25% and 10% respectively) from numerous countries, including the EU. The move was met with harsh criticism from European countries, which later introduced retaliatory tariffs on US goods.