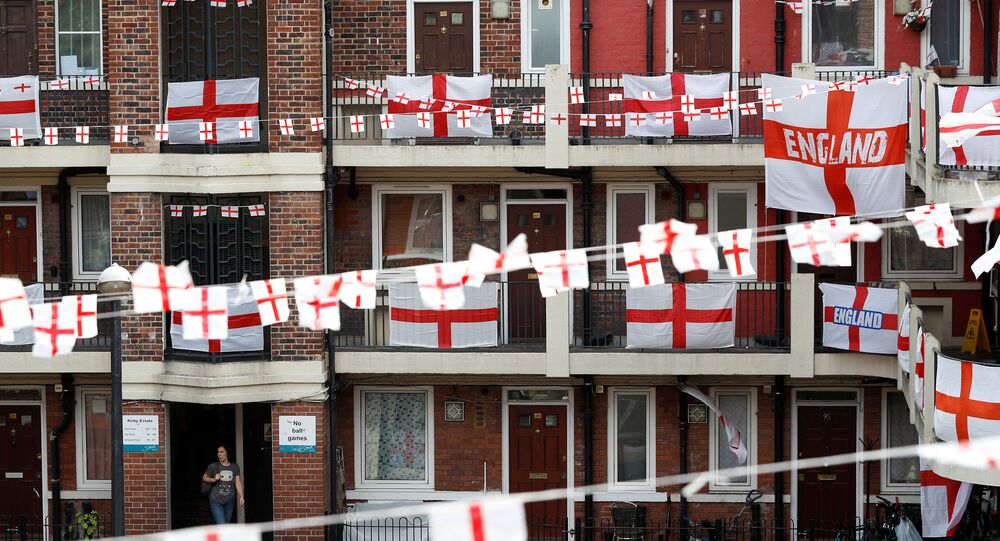 English fans universally fly the famous St George’s Cross at pubs, out of apartments and cars cheering on their national squad during the intense days of the World Cup, but an Italian mayor says they have to compensate for that, in cash or otherwise.

The Italian city of Genoa has suggested that England should pay a long-standing debt that its mayor claims the Brits owe them for using St George’s flag, now ubiquitously waved by English fans at the World Cup, The Guardian reported.

Mayor Marco Bucci said the country had stopped their annual payment for the landmark national symbol – the red cross on a white field —  in the middle of the 18th century, and to prove the point he is now studying the Genoese archives to arrive at the exact sum the Queen owes the Italians for the 247 years of the exclusive unpaid privilege.

Bucci even reportedly made up his mind to compose a formal letter to this end to further present it to the British monarch, reminding Her Majesty of the fact that the English had paid his city for the use of the flag from the 13th century all the way to 1746, when the Republic of Genoa fell.

Cash is not the only option, he said:

"Instead of cash, we could ask England to restore one of our old palaces or make a donation to charity," Bucci pointed out, referring to the move as "a great marketing exercise."

Yet, whatever legal grounds, if any at all, Genoa, once a powerful maritime city-state is not the only location that can hypothetically lay claim on the St George’s Cross, which was notably combined with the Scottish St Andrew's Cross to form the Union Flag, commonly known as the Union Jack, in the early 17th century. The St George’s Cross is also used as a symbol in other northern Italian cities, including Bologna, Padua, Reggio Emilia, Mantua, Vercelli, Alessandria and Milan.

Tricking Ticketing System: England Fans Get Spontaneous for a Glimpse of Game