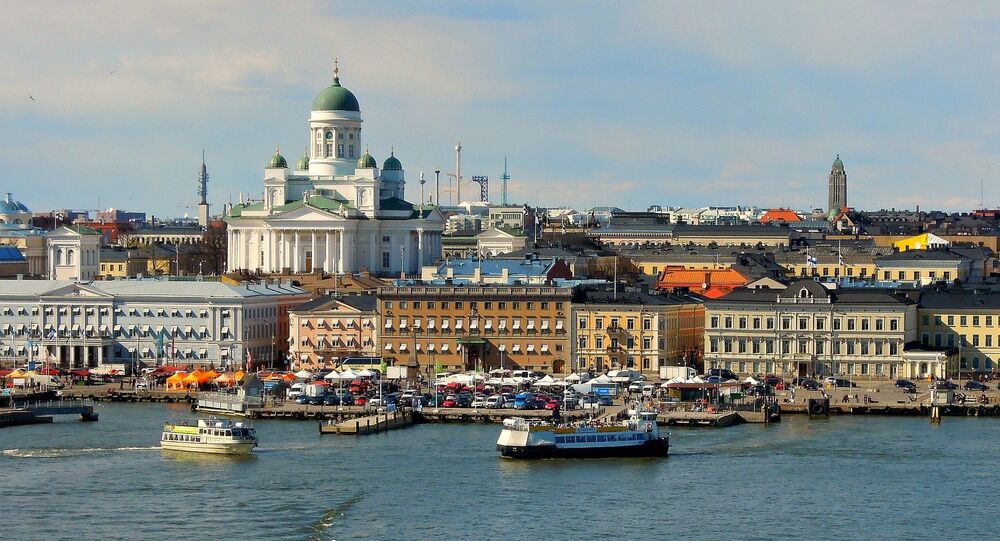 A newly founded Finnish party that bills itself as Christian conservative seeks to prevent the "global power elite" from establishing a worldwide police state.

The new party Siniristin Liitto or Blue Cross Union (named after the Finnish flag) is currently in the process of collecting 5,000 signatures to be able to run in the 2019 parliamentary elections.

According to the party's press-release, the aim of the Blue Cross Union is to stop the endeavors of the "global finance and power elite" to "wipe out nation-states, destroy traditional values and create a police state that controls the world."

The Blue Cross Union describes itself as a patriotic party with a strong Christian stance and supportive of conservative values.

By its own admission, the newly founded party's other top priorities are to stop immigration and Islamization, which it deems to be harmful for Finland.

On the economic level, the Blue Cross Union seeks to distance Finland from the EU and the European monetary union and transition to an independent economy, in which the Central bank of Finland manages the national currency, the Finnish markka.

The Blue Cross Union is chaired by Loviisa-based Jouko Piho.

In recent years, the right wing of the Finnish political spectrum has been dominated by the Finns Party. The party was founded in 1995 as the True Finns (which is still its official name in Finnish and Swedish). Having spent two decades in opposition, the Finns joined the center-right coalition government in 2015.

In 2017, the Finns suffered a bitter schism as half of the party's MPs, including perennial leader and incumbent Foreign Minister Timo Soini, Defense Minister Jussi Niinistö and Minister for European Affairs, Culture and Sport Sampo Terho left the Finns parliamentary group and subsequently forfeited their membership.

The mavericks eventually formed the Blue Reform party (whose Finnish name literally translates as "Blue Future" and also alludes to the Finnish national flag). According to an opinion poll conducted in May 2018, Blue Reform has a support rating of 1.7 percent, making it the least popular group represented in the Finnish parliament.

Meanwhile, the Finns continue under the leadership of Jussi Halla-aho, enjoying the support of 10.3 percent of the Finnish population, according to recent polls.