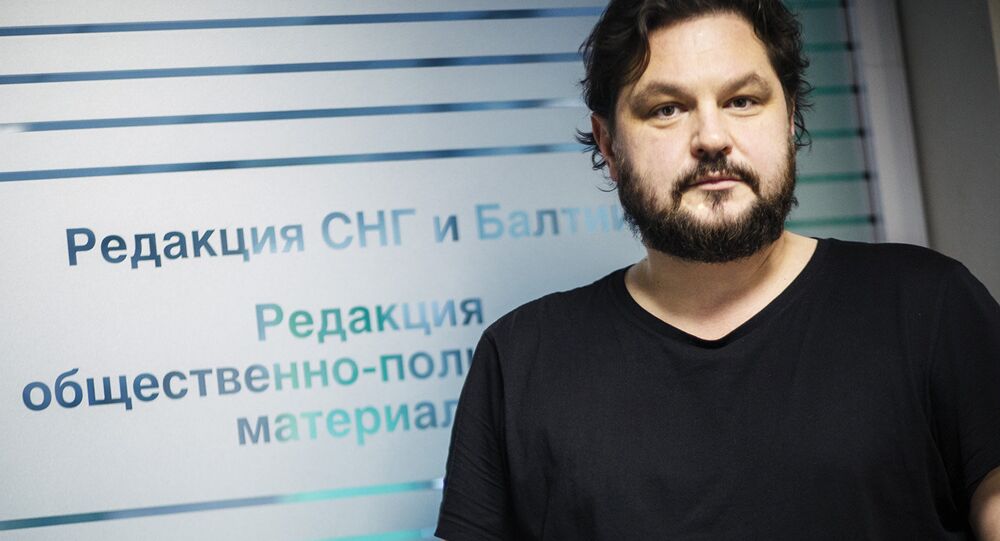 WASHINGTON (Sputnik) - The Committee to Protect Journalists (CPJ) is hopeful that Sputnik Latvia website’s senior editor Valentins Rozencovs will be able to continue his work in the country without any issues following his detention, Communications Associate Bebe Santa-Wood told Sputnik on Thursday.

"We are very sorry to hear that your colleague had to go through this experience and hope he can continue his work in Latvia without any problems," Santa-Wood said.

She added the Committee to Protect Journalists does not issue statements if a journalist was detained for less than 24 hours and was released without charges.

© Sputnik / Maksim Blinov
Journo: If Sputnik is Targeted in Latvia Over Gov't Funding, Why Isn't 'Fake News' BBC?
Rozencovs said earlier in the day that he had been detained by police in the Latvian capital of Riga on Wednesday for what the law enforcement called a conversation. Rozencovs, who is a Latvian national, spent the night in a police facility and was released 12 hours after the detention.

Sputnik's press service has said that exerting pressure on journalists has become a standard practice for the Baltic states, which are concerned about the growing appeal of Sputnik to their population.

The Russian Foreign Ministry has repeatedly pointed out that the authorities of Latvia, and other Baltic countries, continue to pursue the policies of discrimination against Russian media outlets and journalists working in the region.

Moreover, the Baltic states' authorities have repeatedly denied accreditation and expelled Russian journalists without explaining reasons behind their moves.