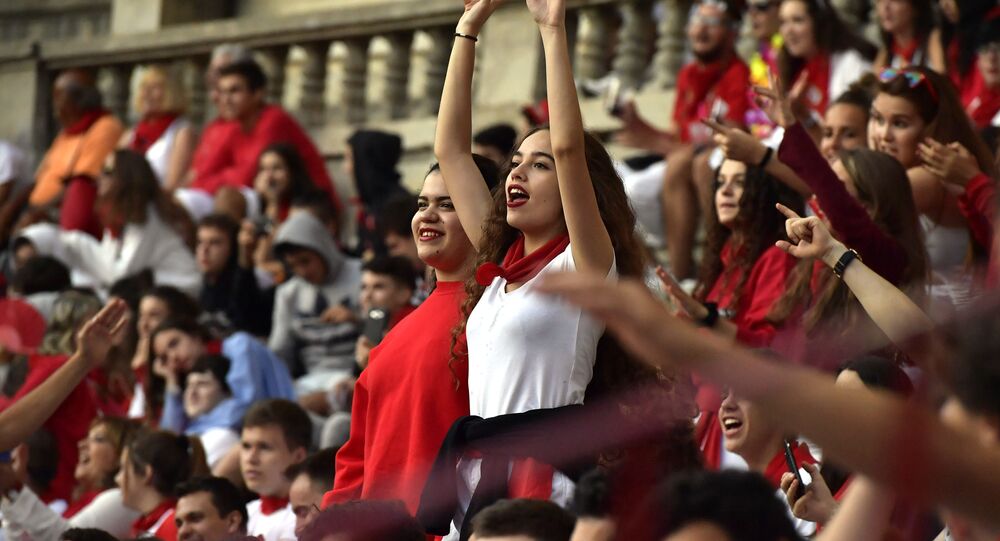 Pamplona police authorities have been trying to clamp down on sexual assaults at its bull run festival to begin on July 6.

A new app is meant to help affected people report harassment in a quick and easy way. The "AgreStop/EraStop" app sends a signal to the police with the location of the person being attacked. The feature is expected to enable a faster response from police officers.

There are several options offered by the app. One could send their location to the police by choosing the "I'm suffering an assault" option or by selecting the "report an assault" tab, individuals could link witnesses with police. Finally, one can choose the "keep me company" option, which will enable the app to send the individual's location to a friend, who would then be able to track the person's movement.

Two years ago, a group of five men calling themselves the 'Wolf Pack' have attacked a young woman during the festival and filmed the assault.

The 18-year-old claimed she was raped but the court found the five men guilty only of sexual abuse. The decision triggered protests all across Spain.

Spanish authorities have been receiving sexual violence complaints during the festival for more than a decade. Ten cases of sexual assault were reported in 2013.