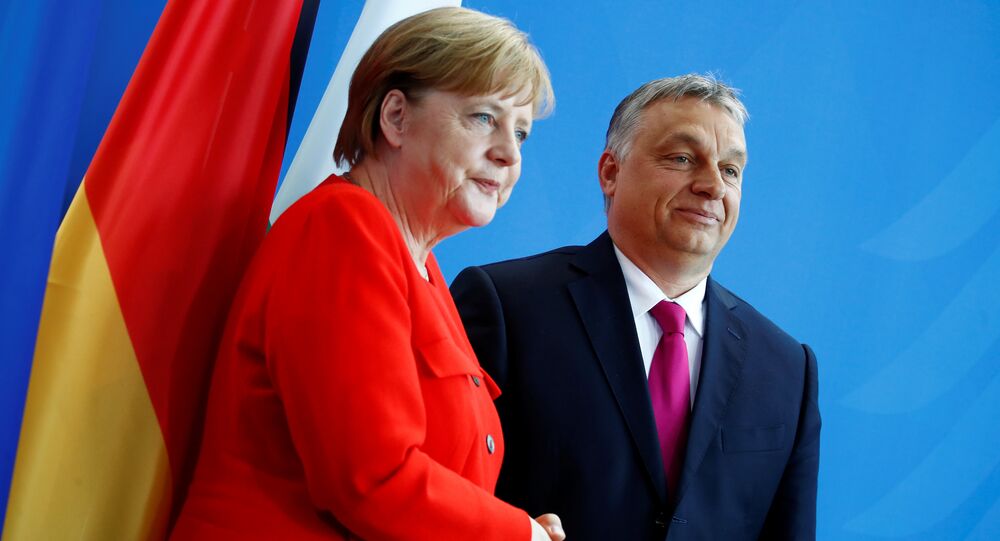 Hungarian Prime Minister Viktor Orban says that the best way to act humanely is by removing all the pull factors drawing people to Europe, adding that the only way to do this is by closing the border.

Germany wants to expand cooperation with Hungary under the framework of common projects to protect the EU’s external borders, but on the whole, the views of the two countries on migration issues differ significantly from, Chancellor Angela Merkel announced in Berlin at a joint press conference with Hungarian Prime Minister Viktor Orban.

According to the German chancellor, the EU has a problem because Hungary doesn't feel responsible for migrants under the Dublin system, even if it registered those refugees.

"We defend our borders not to cut ourselves off, the soul of Europe is humanity; if Europe wants to play its role in the world it can't cut itself off from humanity," Merkel stated.

At the same time, she noted that both countries are cooperating under the framework of the border agency "Frontex," with humanitarian assistance and projects in North Africa.

"Such cooperation should be expanded and continued," Merkel said.

© Sputnik / Alexey Vitvitsky
Members of EU Parliament Slam Summit on Migration for Lack of ‘Concrete’ Results
Earlier she even praised the Hungarian PM for his efforts to reinforce the EU's external borders, while Orban stressed the "enormous success" of his tough position at the conclusion of an EU summit.

German political parties, the CDU and CSU have agreed to send away asylum seekers at the German-Austrian border if they’ve already submitted asylum applications in other countries, to set up transit centers, which would permit deportations to be sped up, and to seek a bilateral deal with Austria on migration.