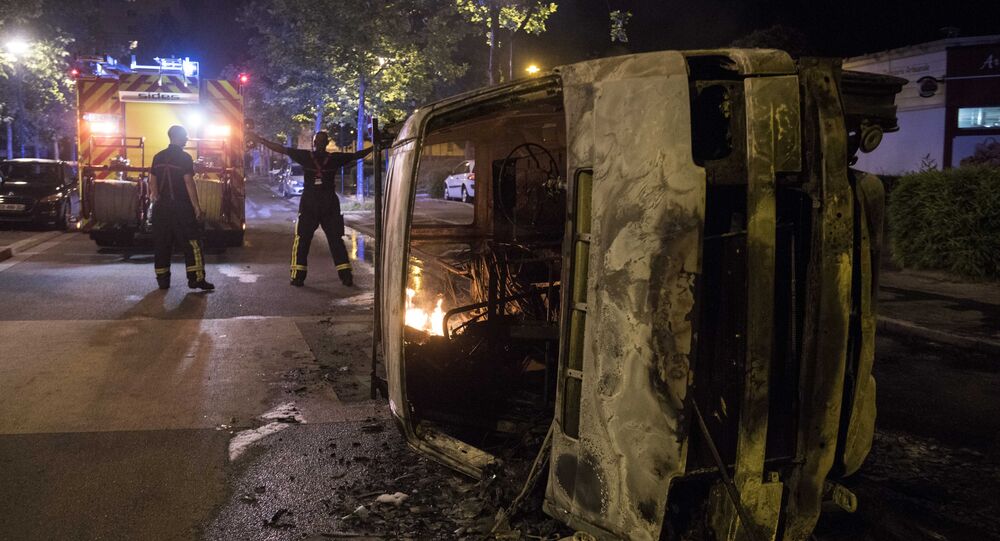 The detentions were mainly carried out in the Breil area, where a local resident was shot during a police inspection, BFMTV reported citing sources.

The detainees, which include four minors, are suspected of shooting at a police officer, who was unharmed in the incident, the Ouest France outlet reported.

A young man was shot late on July 4, after he refused to comply with police requests during a roadside check. The police insist that the shot was fired in self-defense, while some witnesses say the police fired without warning.

© AFP 2021 / SEBASTIEN SALOM GOMIS
WATCH: French Police's Accidental Killing of Young Man in Nantes Sparks Unrest
The shooting led to an outbreak of violence in the neighborhood of Breil; Molotov cocktails were thrown and cars set on fire, BFMTV reported. The violence then proceeded spread to other areas of the city.

According to the media outlet, the authorities had the young man on file for committing several thefts with a group of people. There was even an arrest warrant issued for him.

The Rennes city policy had reportedly put out an alert on the car he was driving over drug trafficking suspicions.

French Interior Minister Gerard Collomb said Wednesday, after the first night of the unrest, that he had spoken to Johanna Roland, the mayor of Nantes. The minister also condemned the outbreak of violence in the city.