BAKU (Sputnik) - The Azerbaijani capital's subway system has been left without power due to an ongoing blackout, and passengers are being evacuated, the press service of the subway operator, Baku Metropolitan, told Sputnik Tuesday.

"The entrances to all stations have been shut. Work to evacuate passengers in ongoing," Bahtiyar Mammadov, the head of the Press Service and Public Relations Department, said.

Mammadov then confirmed to Sputnik that the evacuation has been completed, while all metro stations remain closed.

"Now the relevant services are inspecting all tunnels in order to ensure that no people are present there. After this, the preparation for the launch of trains might be started," the head of the Metropolitan’s press service said.

At the same time, a source told Sputnik that the latest blackout was caused by an accident at the sixth block of the thermal power plant (TPP) in the city of Mingachevir, where a similar accident occurred a day earlier.

"After repair work at the sixth bloc of TPP, testing was launched. An accident again occurred at this time. Measures are being taken to eliminate the consequences of the accident," the source said.

The Azerenerji energy company said that the blackout occurred at the Northern and Sumqayit TPPs. 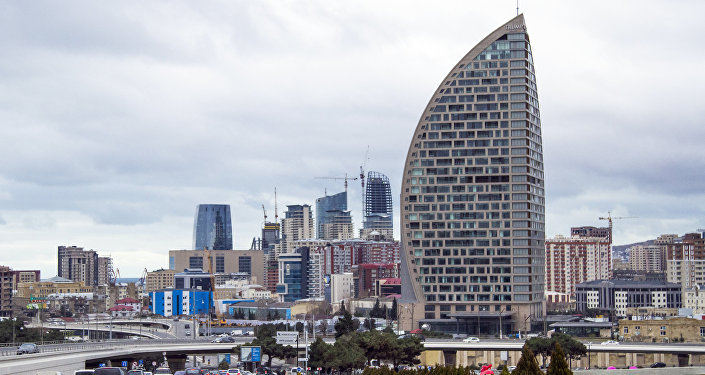 Baku's central districts were left without power earlier Tuesday after a nation-wide blackout caused by an explosion and fire at a power station in Mingachevir in central Azerbaijan. No casualties were reported and the authorities have ordered a probe to find those responsible. The accident has been attributed to hot weather.