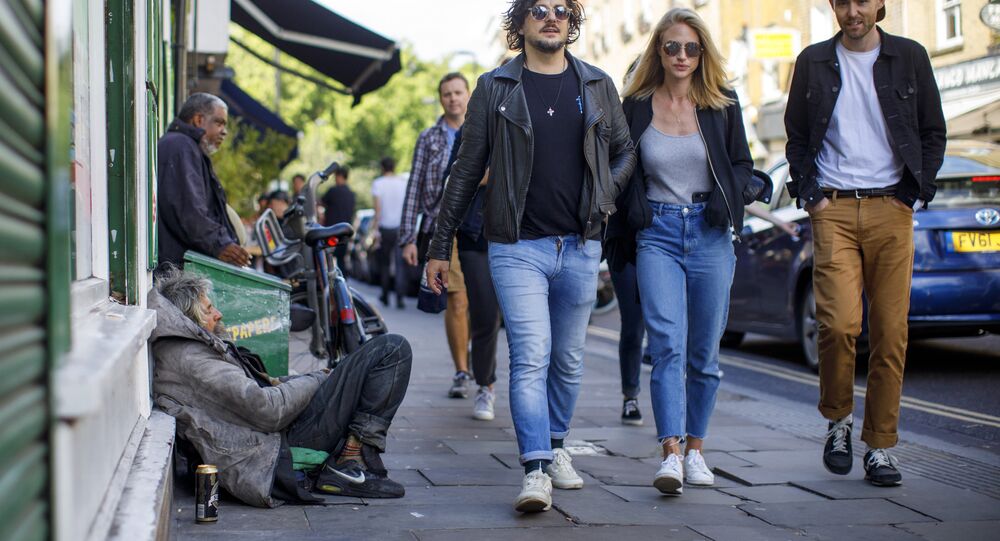 Researchers and campaigners have blamed this worrying trend on the UK government’s policies and austerity measures, which some say target the most vulnerable.

Researchers have found the amount of money needed to live a “decent life” in Britain has risen by a greater rate than inflation over the past ten years, suggesting that the standard of living for some in the UK has deteriorated significantly more than previously thought, The Independent reported on Tuesday.

Loughborough University’s Center for Research in Social Policy has been compiling data since 2008 on the cost of living in the UK, comparing the increases in the minimum income standard (MIS) to the consumer price index (CPI) – a measure of price inflation in Britain based on a basket of goods.

While the cost of the basket of goods, which is regularly adjusted to take into account trends and changing consumer tastes, had risen by 25 percent over the past decade, the MIS increased by over 30 percent over the same period of time.

© AFP 2021 / BEN STANSALL
Over Third of UK Voters Believe Labour Party Most Committed to Tackling Poverty
Worryingly, the MIS increased by 50 percent for the average pensioner couple, indicating that the elderly have been hit hardest by the financial squeeze.

The study attributed the differences in the MIS and the CPI to rising transport and grocery prices, which came across more in the MIS.

The Tory government’s cuts to the welfare system and their policy of freezing working tax credits played a role in reducing standards of living, and will continue to do so unless these policies are reversed, the Director Center for Research in Social Policy, Professor Donald Hirsch, warned.

“Unless the freeze on tax credits is lifted, this squeeze is likely to continue.”

Meanwhile, the Joseph Rowntree Foundation (JRF), which funded this study, also insisted that the working tax credit freeze had aggravated the situation.

© AP Photo / Vadim Ghirda
Hidden Figures: Despite Falling Unemployment in the UK, Poverty High and Rising
“Some working parents are actually further away from reaching a decent living standard because tax credits to top up low wages have been falling at a time when families need them most,” JRF Chief Executive Campbell Robb said.

He proceeded to urge the British government to “put things right” by lifting the freeze to allow workers on low in/comes to keep more of their wages.

Working tax credits were introduced over a decade ago to encourage those on low incomes to enter employment as opposed to claiming unemployment benefits by “topping up” their earnings.