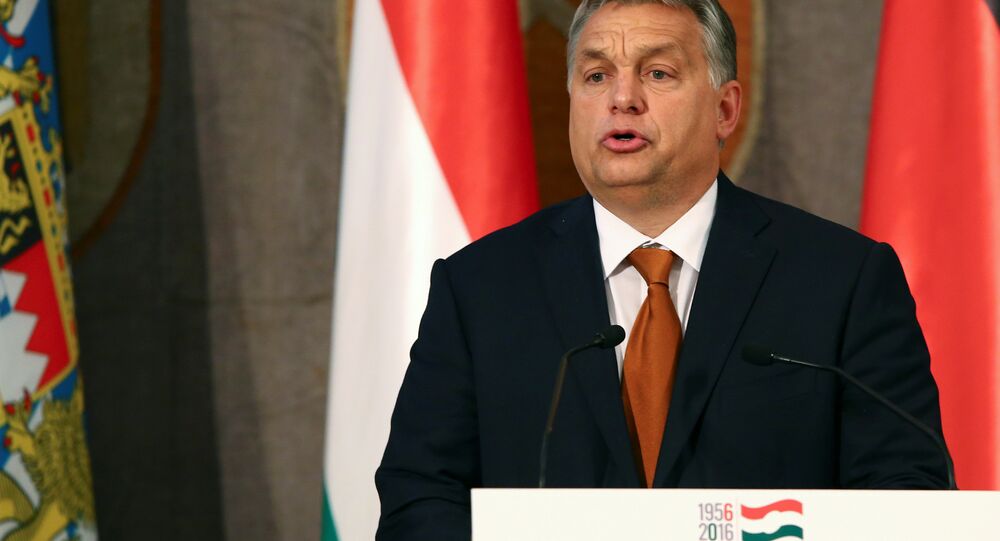 In a confidential document which was leaked to the French media, the recently-dismissed French Ambassador to Hungary called Prime Minister Viktor Orban’s migration policy a “model” and stated that his “populism” was fabricated by the media; Orban has been slammed by France and Germany for his anti-refugee stance.

French President Emmanuel Macron has removed his ambassador to Hungary days after a scandal which started with a confidential note the diplomat wrote to the Hungarian leader Viktor Orban, which was published by the investigative site Mediapart. Eric Fournier, former France’s envoy in Budapest, is being replaced with Pascale Andreani, and will take on other functions, according to the released presidential decree.

The memo, addressed to the President’s office and the Foreign Ministry, defended Orban’s stance on migration, and slammed the Western media and many politicians for “Hungaryophobia.”

According to the note, cited by BFM.TV, Orban’s migration policy is "a model, which anticipated the problems posed by illegal migration."

Moreover, the replaced ambassador criticized the "intellectual habit" of the "Anglo-Saxon and French media, which labels any democratically elected government "populist", and takes a stance which doesn't correspond to their world view. He also blamed them for accusing Hungary of anti-Semitism, which diverted attention from the "true modern anti-Semitism" demonstrated by the "Muslims of France and Germany."

After the note was leaked, Emmanuel Macron denounced its statements, claiming that neither he nor the French government shared this stance on Orban’s anti-migration policy. He pointed out that Fournier’s memo is "the expression of personal conviction."

“If the proof is given to me that these words were spoken publicly, a decision would be clear and would be taken. This ambassador would be dismissed,” the French President also claimed, although he stated that there’s “no wish to muzzle the officials."

Macron, who became President in 2017, and Orban, who has led the Hungarian government since 2010, have been exchanging jibes since Macron’s election. Hungary’s Prime Minister slammed Macron as a “new boy” who had failed to make a promising start. Macron, for his part, has been among the most persistent critics of the refugee policy of Hungary and other East European countries.

Orban and his government have often locked horns with the EU over the union’s “open-door” migrant policy. Hungary’s authorities built a wall in 2015 along the Hungary-Serbia and Hungary-Croatia borders to prevent migrants from entering the country. Recently, Budapest vigorously opposed the EU migrant quotas, which would have obligated the bloc's members to take a certain number of refugees.  Orban pledged to block the next EU budget if Budapest is unhappy about the planned spending.