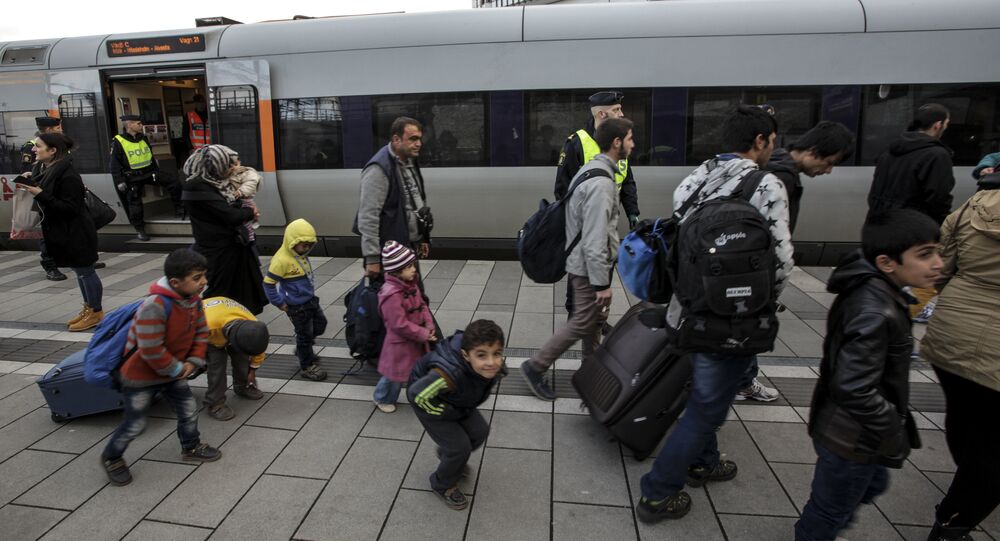 In a bid to restore the "natural right" of Swedish people to their country, the new right-wing Alternative for Sweden party wants to send back "hundreds of thousands of immigrants" in a matter of several years.

Swedish MP Jeff Ahl of the Alternative for Sweden (AfS) party has attacked "destructive multiculturalist society," pledging to reconsider the bulk of citizenships and residence permits granted to immigrants from the 2000s onwards.

​Only we Swedes have a natural and honorable right to our country. We are the host people and the indigenous people, and they are guests," Ahl said during a parliamentary debate on the relationship between Swedes and immigrants. Ahl also promised that immigrants would be "sent home in quantities and effectively" when Alternative for Sweden rises to power.

​According to Ahl, only those who have adapted themselves to the Swedish way of life and contribute to Swedish society may stay.

"Refusals for those with residence permits should be managed by civil servants, and should not be heard in courts like today. Coordination between authorities and law enforcement agencies is needed for the deportations to become effective. Rejections should be enforced within a few days after a decision has been taken. No one should be able to hide," Ahl said.

Ahl called the current system, rife with the consequences of mass immigration, "inefficient," saying it was fully possible to ship hundreds of thousands of immigrants in a matter of several years, stressing that the AfS was the only Swedish party willing to do so.

Swedish Immigration Minister Heléne Fritzon responded by stressing that Ahl himself rode a taxi with an immigrant driver or had his hotel prepared by a cleaner of immigrant descent. She argued that Ahl didn't address the issue, but instead attempted to bring forth a new "right-wing angle" over the situation.

Ahl, however, stressed that there was a giant gap between his own party and his fellow right-wingers, namely the Sweden Democrats, from which the AfS sprung as an offshoot earlier this year, arguing that the Sweden Democrats, which he called the "only non-globalist party in the Swedish parliament," was run by a "careering liberal clique."

"Today there is only one party that wants to dismantle the destructive multicultural society, and run a large-scale and effective return program. And that's the Alternative for Sweden," Ahl said.

In the 2014 general election, the Sweden Democrats became Sweden's third-largest party, while the Alternative to Sweden is yet to make its parliamentary debut.

Immigration to Sweden has been snowballing since the late '80s. Since the onslaught of the international migrant crisis alone, Sweden has taken in over 200,000 asylum seekers. The share of Swedish citizens with foreign backgrounds has been rising steadily in the past decades, having effectively surpassed 25 percent or a quarter of the country's population of 10 million.

Despite the Swedish government's aversion to mapping the ethnicity of perpetrators, independent reports have stressed the prevalence of immigrants in crimes involving rape and group rape, among others. All of the country's 61 blighted areas formally designated as "vulnerable" have a high percentage of immigrants and are marked by a higher crime rate. In 2017, a truck driven by an illegal immigrant from Uzbekistan rammed a crowd of pedestrians in Stockholm, killing five, injuring 14 and becoming the worst terrorist attack in the nation's history.