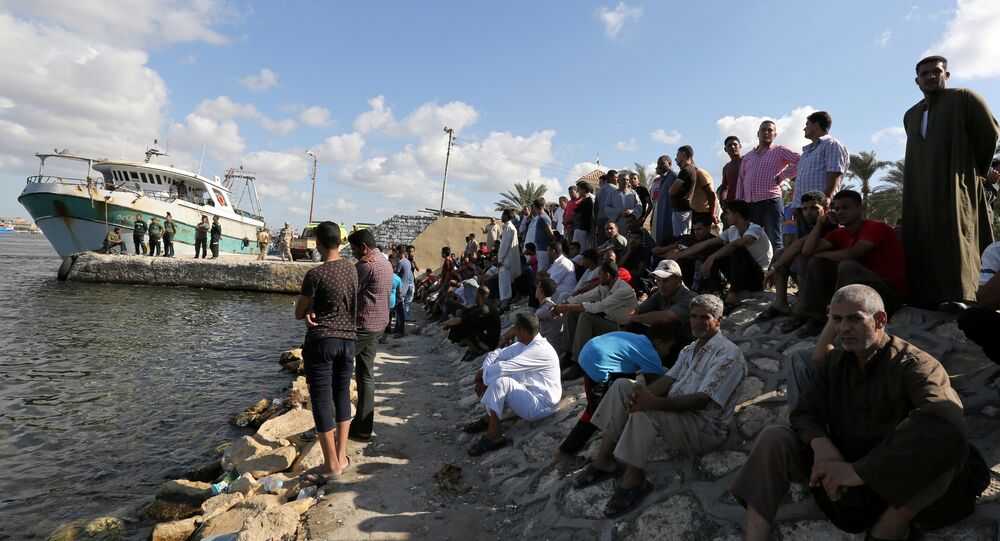 Egypt rejected the idea, agreed during a recent EU summit, to ease tensions over migration in the bloc, but praised the German chancellor’s intentions to improve the situation in the refugees’ homelands. Albania, Morocco, Tunisia and Algeria have also spoken against disembarkation facilities for refugees on their territories.

The speaker of Egypt’s Parliament, Ali Abd al-Aal, has objected to the creation of reception centers for migrants on its territory, supported by the EU summit on June 28.

"EU reception facilities for migrants in Egypt would violate the laws and constitution of our country. The Egyptian law allows in general no establishment of refugee camps," Abd al-Aal, who co-authored the 2014 Egyptian Constitution, told the German newspaper Die Welt.

According to Abd al-Aal, who is the second man in the country after President Abdel Fattah al-Sisi, legal migrants can stay in Egypt wherever they want and cannot be forced to stay in certain facilities. He also pointed out that Egyptian legislation rules out the possibility of deporting migrants with residency permits in Egypt if they do not receive asylum in the EU.

The top Egyptian official stated that his home country had already received 10 million migrants from Syria, Iraq, Yemen, Palestine, Sudan, Somalia and other countries. This burdens the Egyptian budget, as all these refugees have a right to health care and education.

"Our capacities are already fully loaded today. Therefore, it is important that Egypt receives support from Germany and the EU," Abd al-Aal said.

He supported the refugee policy of German Chancellor Angela Merkel, representing the German Christian Democratic Union, and the G20 “Compact with Africa” plan. According to the parliamentarian, cited by Die Welt, if people in Africa and the Middle East had jobs, food, and prospects, they would not leave their countries.

"The solution to the problem of migration, in our opinion, is to improve the situation in the countries of origin [for migrants]. Germany has set a good example during its G20 presidency," Abd al-Aal said.

According to the German broadcast Deutsche Welle, the leaders of Albania, Morocco, Tunisia and Algeria have also refused to build reception facilities for refugees crossing their territories on their way to the EU.

During a summit on June 28, the European Council agreed on several aspects of EU migration policy, including the establishment of "regional disembarkation platforms in close cooperation with relevant third countries" and controlled centers in the EU member states. The resettlement or relocation of migrants across the bloc is expected to be done on a voluntary basis amid the lack of consensus.

German Chancellor Angela Merkel plans to place migrants earlier registered in other EU countries in special “controlled” centers, the DPA reported Saturday, citing a letter that the chancellor had earlier sent to the leaders of the parties forming her coalition government.

In the letter, Angela Merkel summed up the results of the high-stakes talks in Brussels involving the European Union’s migration policy. According to the document, at least 14 EU countries had assured the German chancellor of their readiness to back her migration policy and contribute to efforts to send migrants back to the countries of their initial registration.