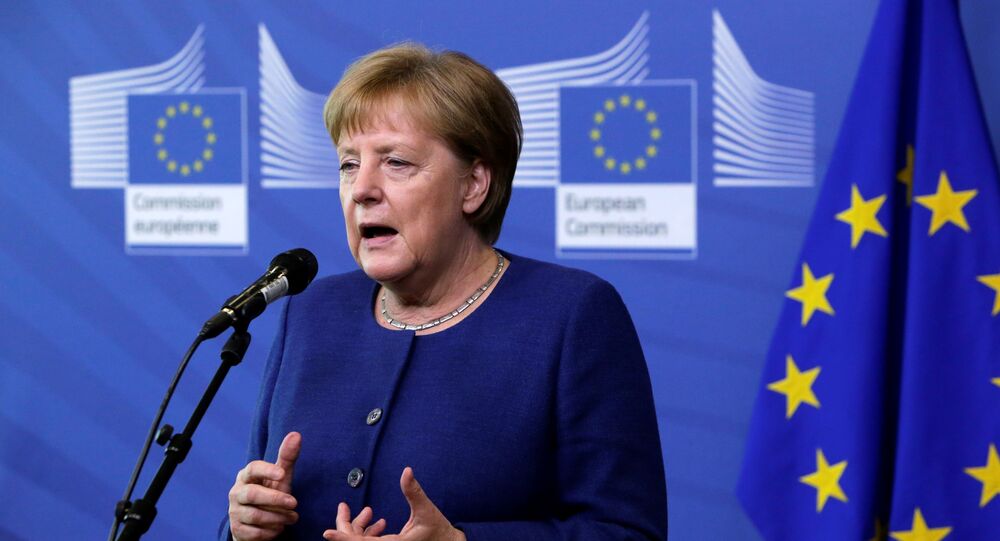 BERLIN (Sputnik) - Germany and the United Kingdom will maintain a close partnership in such areas as security and foreign affairs even after Brexit, German Chancellor Angela Merkel said Saturday.

"We will continue our close cooperation in the foreign affairs as well as security and defense," Merkel said as quoted in the statement published on the government's website.

The chancellor added that the United Kingdom and Germany would remain partners in the international arena and interact with each other within NATO and other international organizations.

© REUTERS / Thibault Camus/Pool
Macron: 'We Can No Longer Wait' on Brexit
The statement comes ahead of the upcoming visit of UK Prime Minister Teresa May to Berlin which is expected to take place on Thursday. The sides will focus on United Kingdom's withdrawal from the bloc.

Recently, French President Emmanuel Macron addressed May, saying that the EU could no longer wait for Brexit.

READ MORE: Macron: 'We Can No Longer Wait' on Brexit

Britain voted to leave the EU in a referendum on June 23 and due to exit the EU on March 29 but talks are stuck on the terms of the withdrawal, as it is still unclear what kind of agreements would regulate the relations between the parts the UK's exit.