Along with being a good friend of Meghan Markle, the A-list tennis star appears to look up to the latter's in-law, the Duchess of Cambridge.

Serena Williams has heaped praise on Kate Middleton, who she met at Prince Harry and Meghan Markle’s wedding in May, branding her a "badass" in a recent interview for InStyle magazine's "Badass Women" edition.

The seven-time Wimbledon singles winner, when asked which women she admires, included Middleton in her rating of the world’s most powerful ladies, while also listing Beyonce and Rihanna. Most specifically, the duchess' appearance on the steps of the Lindo Wing of St. Mary’s hospital, just hours after giving birth to her third child, Prince Louis, in April, left Williams in absolute awe: 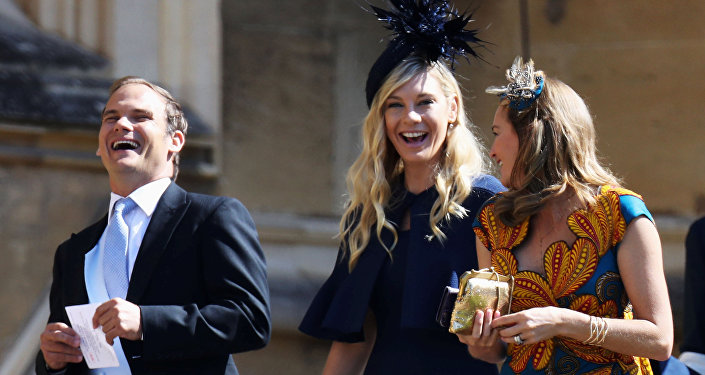 "That's one heck of a woman! Let me tell you: I was not in heels [after I gave birth]…I thought she gave birth maybe two days before! Wow,” she said, adding that “she is officially No.1. [badass]."

Also, Williams is known to be a close friend of Markle’s, and she has said only great things about the now Duchess of Sussex. Speaking previously with ET in April, she said she is incredibly happy for her friend finding love, later referring to the royal wedding as “super fun.”

Meghan met Williams in 2014, when the then not-so-famous actress opted for a football game at a charity-celebrity event. Meghan made the following notes in her blog then: "We hit it off immediately, taking pictures, laughing and chatting not about tennis or acting but about good old-fashioned girly stuff. So began our friendship."

READ MORE: VIDEO of Meghan Markle to be Used by Magazine to Appeal Payout to Kate Middleton