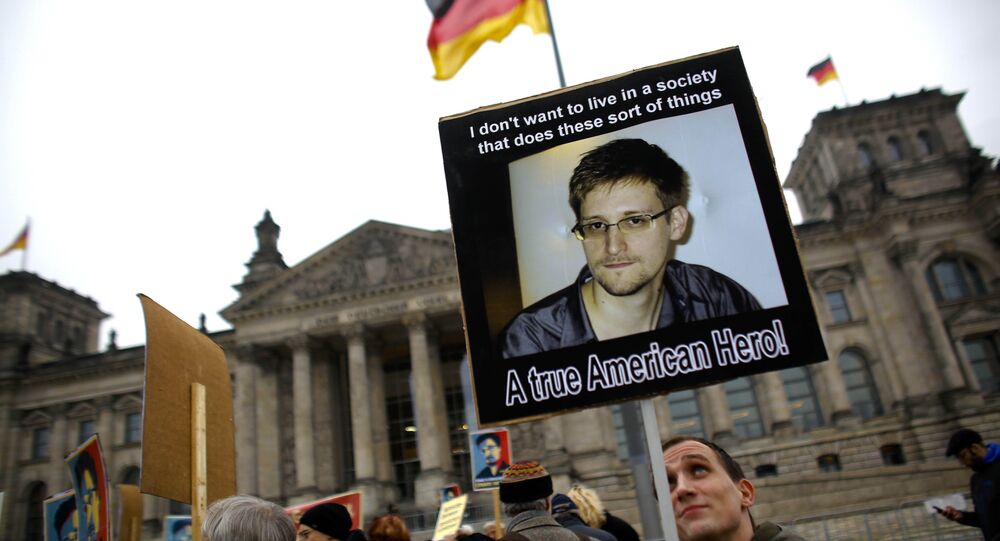 The National Security Agency (NSA) whistleblower believes it would have been easier for Germany to grant him asylum under President Donald Trump rather than Barack Obama.

In an interview with the German daily Süddeutsche Zeitung, Edward Snowden said that Chancellor Angela Merkel’s stance on providing him refuge was “disappointing.”

According to the ex-NSA employee, who has lived in Russia since 2013, if a Russian whistleblower were to “knock on Chancellor Merkel’s door,” she would “adopt them.”

At the same time, he stressed that Germany should take action and change its policies towards future whistleblowers.

“I’ve already accepted that I am going to spend my life dealing with enormous consequences for my decision to tell the public what I know. But if not for me, by all means, Germany should pass the necessary laws to allow future whistleblowers to find a safe harbor.”

According to the newspaper, Snowden expressed willingness to move to the EU. His lawyer in Germany Wolfgang Kaleck told the media outlet that "legal entry would have been possible, but politically was blocked by all."

"We are still open to talks and offers from the German government and other European governments," Kaleck added.

© AP Photo / CIA
Snowden: 'Bloody Gina's' Tortures Involved Beating Pregnant Woman, Raping Man
In his interview, Snowden also touched upon the appointment of CIA Director Gina Haspel, calling her a "war criminal." He wondered whether the German government would cooperate with a person allegedly responsible for torture and whether it would let her travel “unmolested.”

Snowden previously blasted Haspel, suggesting that she wouldn’t be able to travel to the EU because she would face arrest due to a European Center for Constitutional and Human Rights’ (ECCHR) complaint.

Interesting: The new CIA Director Haspel, who "tortured some folks," probably can't travel to the EU to meet other spy chiefs without facing arrest due to an @ECCHRBerlin complaint to Germany's federal prosecutor. Details: https://t.co/7q4euQKtm7

In 2013, Snowden leaked classified documents showing mass surveillance practices carried out by the US government within the country and abroad. He fled to Hong Kong to evade espionage charges in the US and then to Russia, which granted him temporary asylum the same year. In 2014, ex-NSA employee obtained a three-year residence permit to live in Russia, which was subsequently extended until 2020.