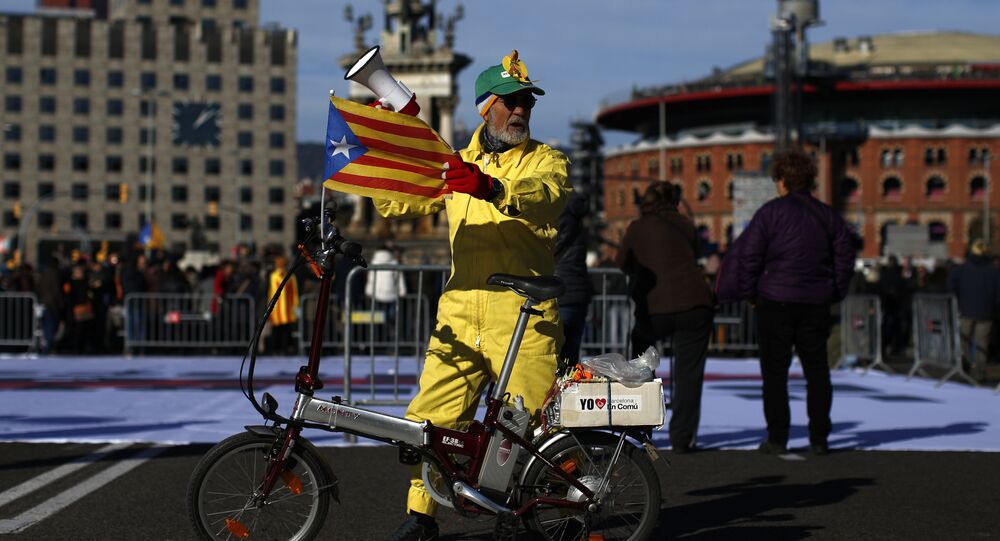 MADRID (Sputnik) - Spanish Prime Minister Pedro Sanchez said Thursday he had no plans to negotiate a new referendum on Catalonia’s independence during his talks with Catalan leader Quim Torra, which are scheduled for July 9 in Madrid.

"The Spanish government has been very clear over the years on the subject, and this has not changed," Sanchez told journalists, as quoted by the Catalan News agency.

On Wednesday, during his trip to Washington, Torra said he would propose that Sanchez hold a new referendum on the autonomous region’s independence.

© REUTERS / Sergio Perez
Spanish Supreme Court Dismisses Catalan Leader's Lawsuit Against Rajoy Over Abuse of Power
On October 1, Catalonia held an independence referendum, in which the vast majority of voters backed the region's secession from Spain. Madrid did not recognize the vote and imposed direct rule over the autonomous region, dismissing its government.

A number of activists and several ministers of the former Catalan government were arrested, while several others managed to leave Spain.