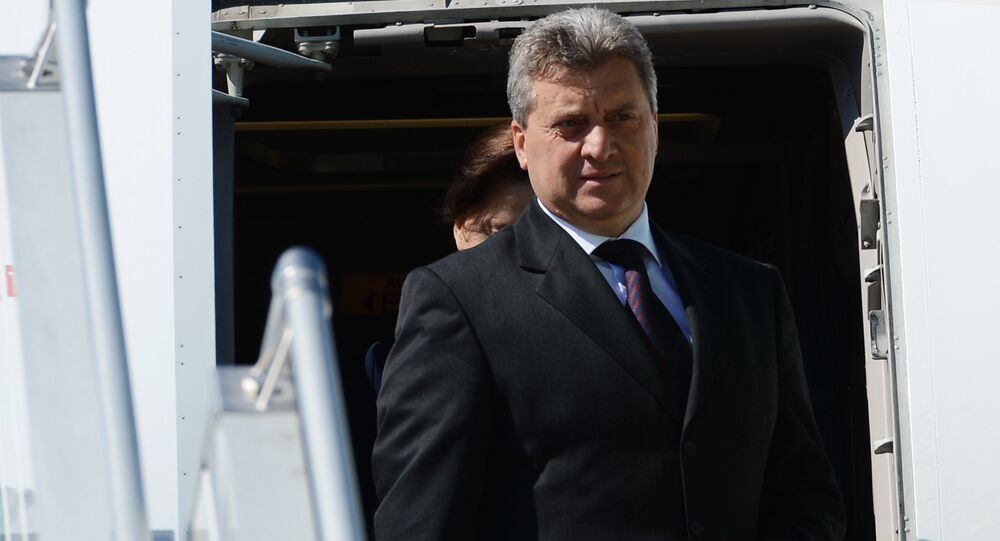 The country's president has reiterated for the second time his intention not to endorse the agreement with Greece, which was due to put an end to the decades-long dispute between the countries.

Macedonia's President Gjorge Ivanov has refused to sign a deal on changing the name of the former Yugoslav republic, explaining that he had "no mandate to sign the agreement," the Macedonian news agency MIA reported.

Earlier in June, Ivanov announced that he wouldn't sign "this damaging treaty," referring to the name deal with Greece, adding that it "violates the constitution, laws, and destroys state institutions."

In turn, Greek Foreign Minister Nikos Kotzias warned that it was in Macedonia's interests to endorse the deal and thus clear the way for the country's possible EU accession, referring to the fact that the name issue has been blocking Skopje's aspirations to join both NATO and the European Union for years.

© REUTERS / Ognen Teofilovski
Macedonia’s Accession to NATO to Be Mistake With Consequences - Russian EU Envoy
The deal on the decades-long name issue was reached between Macedonian Prime Minister Zoran Zaev and Greek Prime Minister Alexis Tsipras on June 12. In accordance with the agreement, Macedonia must be named the Republic of North Macedonia, or Severna Makedonija in the Macedonian language.

Greece and Macedonia have been at loggerheads over a long-running dispute on the name of the Republic of Macedonia. Greece regards "Macedonia" as a term referring only to one of its northern regions and the ancient Kingdom of Macedonia, and thus insists on the use of another name for its northern neighbor.

In 1995, Greece agreed that the term "the Former Yugoslav Republic of Macedonia" (FYROM) would be applied to Macedonia until the dispute is settled.