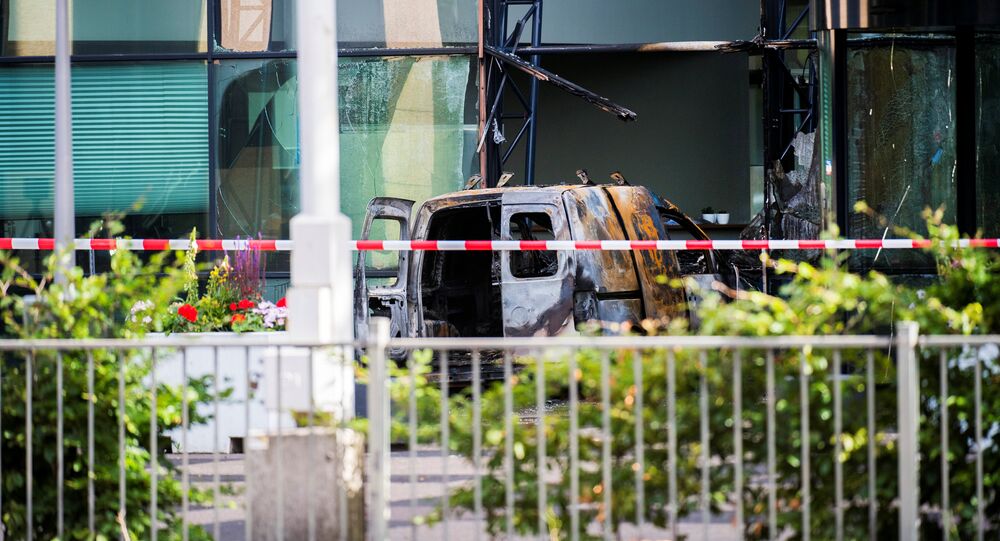 The vehicle exploded after penetrating the building, although no casualties were reported in the incident. The incident is now considered to have been a deliberate attack.

The Dutch police launched an investigation into an incident in Amsterdam where a van rammed into De Telegraaf's office at 4 a.m. in the morning.

Van crashes into Dutch newspaper's office in what appears to be a deliberate act, just days after a rocket-propelled grenade was fired at a publisher nearby https://t.co/NMr7T18lJ0 pic.twitter.com/LrEaUxVc7s

Firefighters swiftly put out the flames.

De Telegraaf has called the incident, which caused no injuries but badly damaged the building, an apparent attack. "Everything points to an attack. We won't let ourselves be intimidated," the newspaper's chief editor, Paul Jansen, said.

The police seem to be sharing De Telegraaf's opinion, calling the incident "deliberate" in a statement issued earlier in the day.

De Telegraaf published two surveillance photos showing the Volkswagen van driver fleeing the scene. The alleged perpetrator had presumably fled in a dark colored Audi. The police are now searching for the person who drove the vehicle into the office and the driver of the getaway car.

The incident prompted a harsh remark from Dutch Prime Minister Mark Rutte, who called it "a slap in the face of the free press and the Dutch democracy."

The alleged attack was carried out several days after an anti-tank missile was fired at a nearby office block housing a magazine publisher. Following the attack, the police arrested a 41-year-old motorcycle gang member. The motives for Thursday's incident remain unclear.