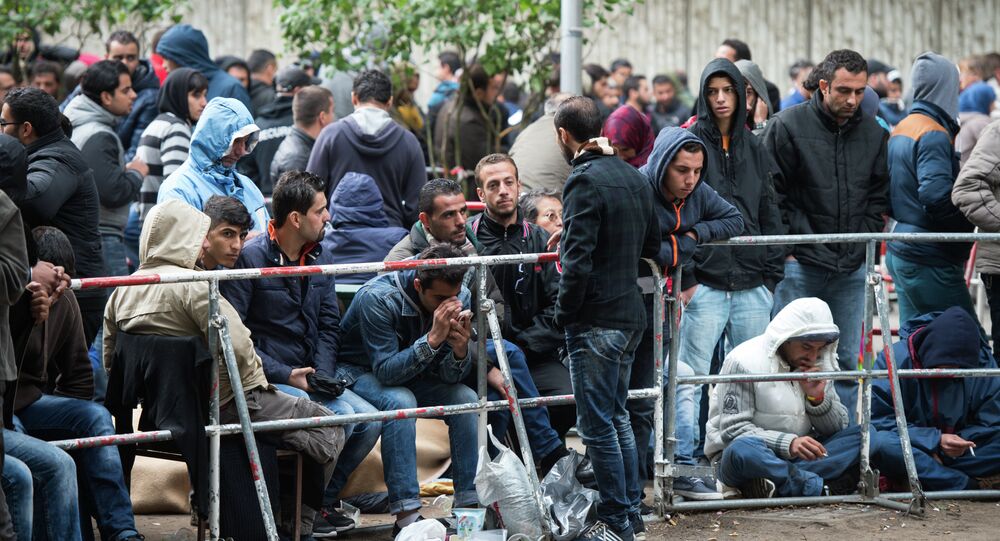 Merkel Says Undocumented Migrants Should Have 'No Choice' of Asylum Country

Undocumented migrants should not have the right to choose a country, where they will request for asylum, German Chancellor Angela Merkel said.

"On the one hand we cannot abandon the countries accepting refugees, because it would mean that they should deal with all the problems on their own, that it was not a common decision. But on the other hand, illegal transporters and refugees cannot chose on their own, in which European state they will request for asylum," Merkel told reporters on Sunday after the meeting.

© REUTERS / Eric Vidal
EU Turns Into Scattered Archipelago Amid Failure to Find Common Migration Solutions - Rome
The politician added that the participants of the Sunday meeting had agreed that the European Border and Coast Guard Agency (Frontex) should be strengthened as soon as possible.

In turn, French President Emmanuel Macron said late on Sunday that the informal summit of 16 EU countries on the migrant crisis has brought consensus between the member states on the border security and secondary migration.

“It was a useful meeting … First, there was a holistic position, which means that we did not focus only on one aspect, this position encompasses both external decisions, border protection, and domestic decisions – in regards to secondary migration,” Macron said.

© REUTERS / Axel Schmidt
EU Reforms on Migration as Means of 'Buying Time': No Solution Looming - Analyst
The consensus was reached in such areas such as the improvement of cooperation with third countries through which the migrants flow, according to the president.

“Secondly, I am glad that the talks allowed us to get rid of decisions that do not correspond with our values, in particular from decisions related to the methods that did not comply with either international or the European law,” Macron noted.