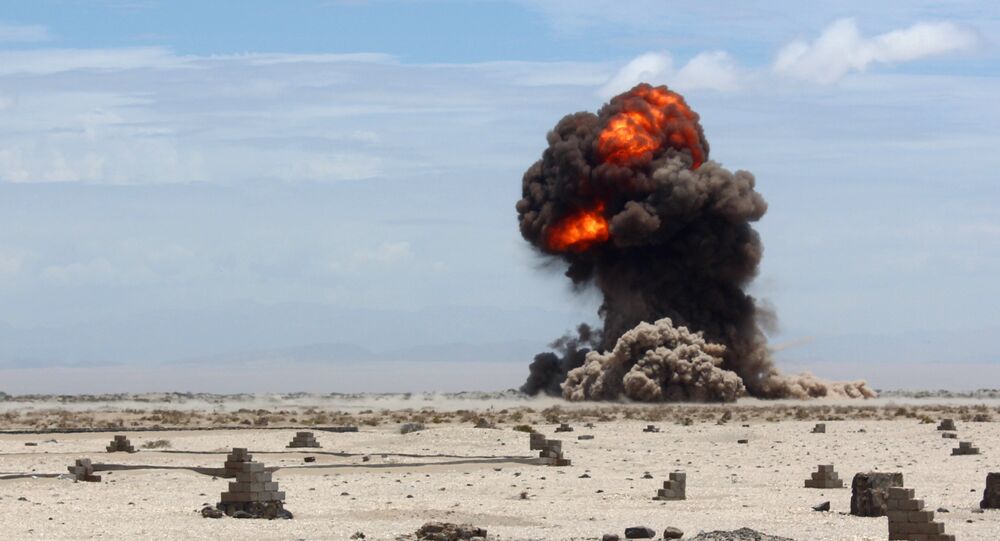 NGOs allege that the UK has been selling weaponry to Saudi Arabia through an obscure system of arms exports licenses. Since 2015, a Saudi-led coalition has been involved in the Yemen war at the request of the country's internationally recognized government.

Despite the UK has been insisting that it keeps all arms exports under close control, a freedom of information request submitted by Campaign Against Arms Trade, a UK-based NGO, disclosed that Britain has been selling Storm Shadow and Brimstone missiles, as well as Paveway IV laser-guided bombs to Saudi Arabia.

According to The Guardian, the deadly exports have been shipped for the last five years under Open Individual Export Licences (OIELs), which don't oblige the seller to publish the total value of the license after it expires.

The surprising finding has prompted campaigners to claim that the authorities are trying to hide the real extent of their arms exports to Saudi Arabia.

Lloyd Russell-Moyle, a Labour MP and member of the Commons Committee on Arms Export Controls, said, as quoted by The Guardian, that hundreds of millions of pounds of bombs were shipped to Saudi Arabia under open licenses issued before it launched its Yemen campaign.

"Open licenses remove the need for the seller to obtain prior approval for each export," said Andrew Smith of Campaign Against Arms Trade.

According to him, the "opaque" system of OIELs is used to hand over "extremely sensitive weaponry to the Saudi regime."

Yemen is the site of a long-lasting conflict that rapidly escalated in September 2014 following a Houthi takeover of the Yemeni capital of Sana'a. In 2015, Saudi Arabia, the leader of a nine-member, mostly Sunni Arab, coalition, entered the conflict in a bid to restore Hadi's government, concerned by the rise of Houthis.

Is The Western Media Whitewashing Genocide in Yemen?