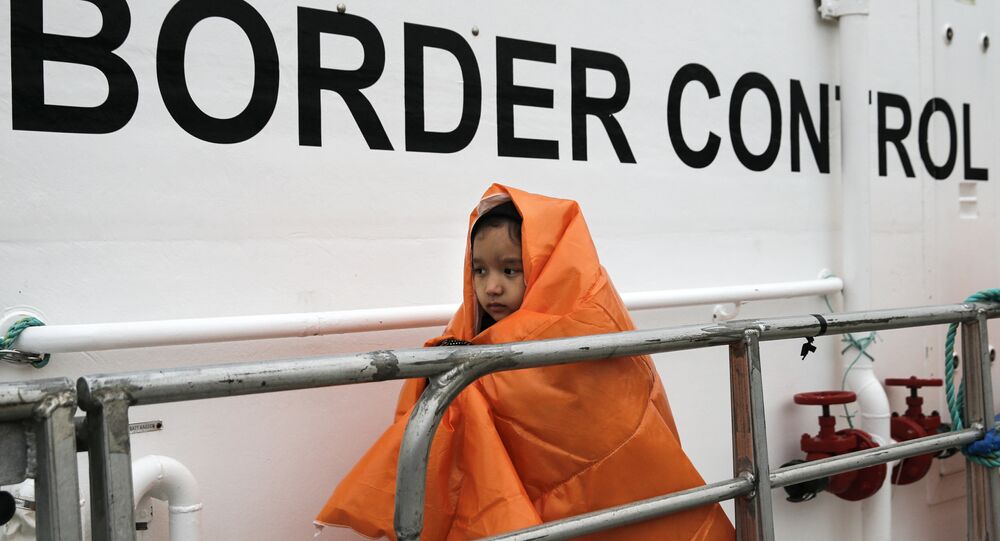 An array of top Austrian officials have been demanding that the EU's borders must be defended from asylum-seekers, going as far as to suggest using soldiers and police at the EU’s external borders. The remarks were made ahead of EU’s emergency meeting on migration, meant to put an end to the ongoing migration row in Europe.

In Saturday's interview with Die Welt newspaper, Austrian Defense Minister Mario Kunasek called for the reinforcement of the EU Border and Coast Guard Agency (Frontex) with troops and police in a bid to bolster border security.

The minister suggested deploying Frontex employees along the external borders of the Balkan states, Italy, and Greece as well as in "African countries with the consent of the respective state."

In a radio interview on June 23, Austria's EU Minister Gernot Blümel came up with the idea of setting up migrant reception centers, and using them to determine whether the immigrants may seek asylum in the bloc.

He made the statement the same day Austrian Vice Chancellor Heinz-Christian Strache warned of a potential chain reaction across Europe, should Germany shut its borders. "That's the logical consequence, and we are prepared for it and will similarly protect our borders," Strache said in a TV interview.

These remarks came ahead of Sunday's emergency "mini-summit" on migration, which is expected to bring together EU leaders in Brussels to resolve disagreements over the migration situation in Europe. The informal meeting between top European officials will be held in the run-up to a full European summit.

Migration disputes have intensified in Europe recently amid Angela Merkel's standoff with her interior minister, Horst Seehofer, over whether to turn away asylum-seekers at Germany's borders, and the hardline migration policy adopted by Italy's new right-wing government, which has barred migrant rescue vessels from its ports.