Italian Interior Minister Matteo Salvini has restated that his country is set to keep its ports closed to migrant vessels. His remark comes amid an ongoing migration row in Europe, sparked by Rome’s refusal to take in refugees.

"These boats can forget about reaching Italy, I want to stop the business of trafficking and mafia," Matteo Salvini, the far-right League party leader, said on Facebook on Saturday, referring to migrant rescue vessels which are not allowed to dock in Italy.

Lifeline and Seesuch, two migrant rescue ships operated by the German charity Mission Lifeine, have been making headlines in recent weeks. Italian authorities have threatened to seize the vessels, questioning their registration. While Seesuch has docked in Malta, Lifeline, which is currently carrying 239 refugees on board, is still stranded with no port after both Malta and Italy barred it from bringing refugees to their shores. 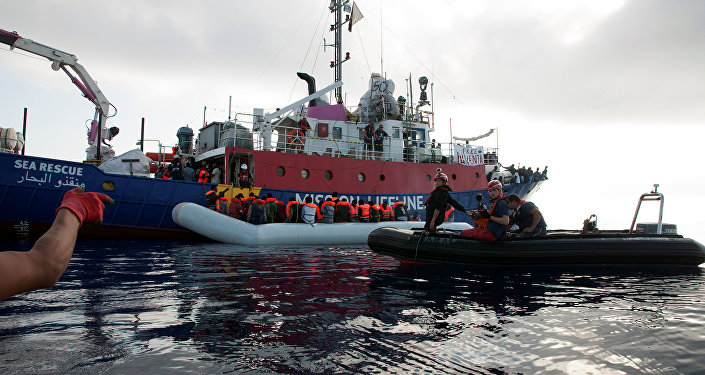 Earlier this month, Rome refused to take in Aquarius, an NGO-operated rescue vessel with over 600 passengers, forcing it to arrive in a Spanish port and sparking a diplomatic row in Europe.

Matteo Salvini has threatened to seize rescue vessels or bar them from Italy's ports as he tries to keep his word on campaign promises to curb the immigrant influx.