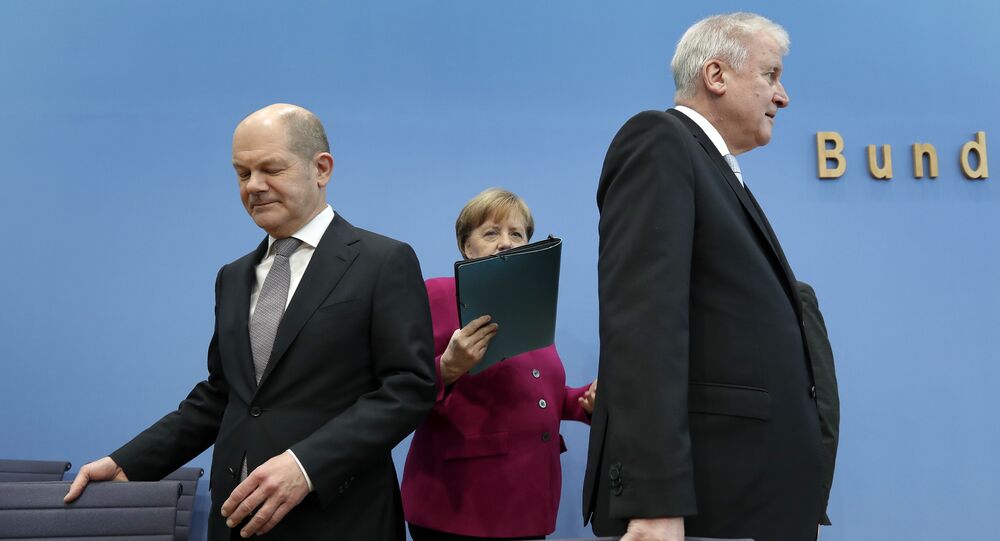 Germany’s interior minister, whose proposal to limit migration to Germany by turning away asylum seekers registered in other countries, which has put the country’s government into jeopardy, slammed Angela Merkel for her threats to him.

German Interior Minister Horst Seehofer told the German newspaper Sueddeutschen Zeitung that if the EU summit at the end of June fails to resolve the current disagreement over migration, he would act swiftly:

“My position is clear: if the EU summit finds no suitable solution, we will turn the asylum seekers, registered in other EU countries away,” he said.
According to the interior minister, this will be no symbolic move, creating an effective system, which would include “temporary, incident-related border checks at other crossing points than the three permanent ones in Bavaria."

The interior minister and leader of the Christian Social Union, the Bavarian and more conservative sister party of Merkel’s Christian Democratic Union, also took aim at the chancellor, who strongly opposed his proposal on a stricter migration policy and called Seehofer to order, insisting he obeyed the competence division within the CDU-CSU alliance.

"The Chancellor's Office has turned a mosquito into an elephant, and it’s extremely unusual to threaten the chairman of its coalition partner with competence division. We will not put up with that," Seehofer told the media.

READ MORE: Germany: The Collapse of a Chancellorship?

On June 25, the first week of Seehofer’s two-week ultimatum to Merkel expires, but there are still no signs of compromise in the row, which has shaken a 50-year-old alliance, putting the German government in jeopardy and threatening to grow into an international problem. While the CSU has backed Seehofer’s so-called “Migration Plan,” Merkel has refused to accept his suggestions, pushing for a Europe-wide solution to the migration crisis.
During a parliamentary meeting last week, the CSU leader reportedly warned Merkel that he would use his “ministerial authorization” to unilaterally implement his “master plan” to clamp down on migration to Germany and toughen border controls.

Merkel, for her part, believes that this plan could undermine the principle of free movement within the EU and violate certain international laws concerning refugees, but stated that she hoped to reach a compromise with Seehofer and his party on the matter.

The interior minister has given Merkel two weeks to find an appropriate solution to the issue at the EU level before he orders border police to start sending back asylum seekers. The ultimatum was accepted by the chancellor: On July 1, after the EU summit, Merkel is due to inform the CDU leadership about the state of her talks with the European states that have been most affected by the migration crisis.

In the wake of the 2015 migration crisis in Europe, when thousands of migrants from Africa and the Middle East headed to Europe at an unprecedented level, Merkel announced an “open borders” policy in Germany, promising to take in refugees. This turned Germany into a major recipient of the newcomers. In 2015, the number of refugees in Germany exceeded 1 million, but later decreased, as the country welcomed 325,400 asylum-seekers, accounting for almost 60 percent of the 540,000 refugees resettled in 2017.

Germany: The Collapse of a Chancellorship?