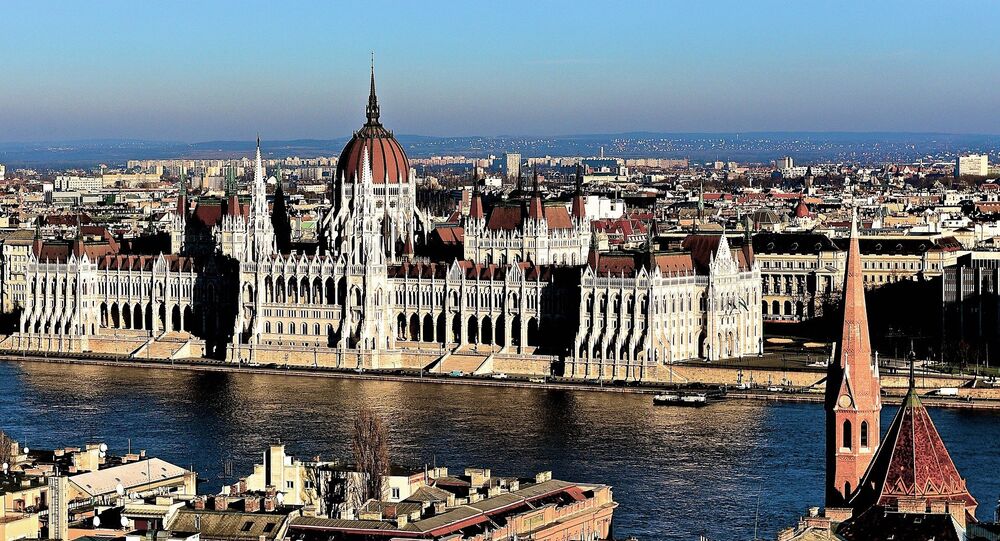 MOSCOW (Sputnik) – The Venice Commission of the Council of Europe urged Hungary on Friday to repeal the key provision of the so-called Stop Soros initiative, Article 353A, as it criminalizes, among others, lawful help to migrants.

"As it criminalizes the initiation of an asylum procedure or asserting other legal rights on behalf of asylum seekers, it entails a risk of criminal prosecution for individuals and organizations providing lawful assistance to migrants … It should be repealed," the commission said, as quoted in the press release.

It is noted that these lacks of "requisite precision" may harm legal work of the NGOs.

"The Hungarian provision … unfairly criminalizes… ‘preparing or distributing informational materials’ or ‘initiating asylum requests for migrants.’ Criminalising such activities disrupts assistance to victims by NGOs, disproportionally restricting their rights as guaranteed under Article 11, and under international law," the press release added.

© AP Photo / Valentina Petrova
Bulgarian PM Vows to Press for Closing EU External Borders for Migrants
On Wednesday, the Hungarian parliament passed a series of laws, officially known as the "Stop Soros" package, that would place restrictions on NGOs and make helping undocumented migrants a criminal act. The lawmakers also passed a constitutional amendment barring any "alien population" from being settled in Hungary.

In December 2015, the European Commission launched an infringement procedure against Hungary concerning the country's asylum legislation — adopted by the parliament in July and September 2015 — saying that it was incompatible with EU law in several instances.

Two years later, the European Commission decided to refer Hungary as well as the Czech Republic and Poland — the countries, which criticized the EU system of mandatory migrant relocation quotas — to the Court of Justice of the EU "for non-compliance with their legal obligations on relocation."

The system of migrant relocation quotas was introduced in 2015 amid a growing migration crisis in the European Union caused by the influx of thousands of refugees fleeing crises in the Middle East and North Africa.