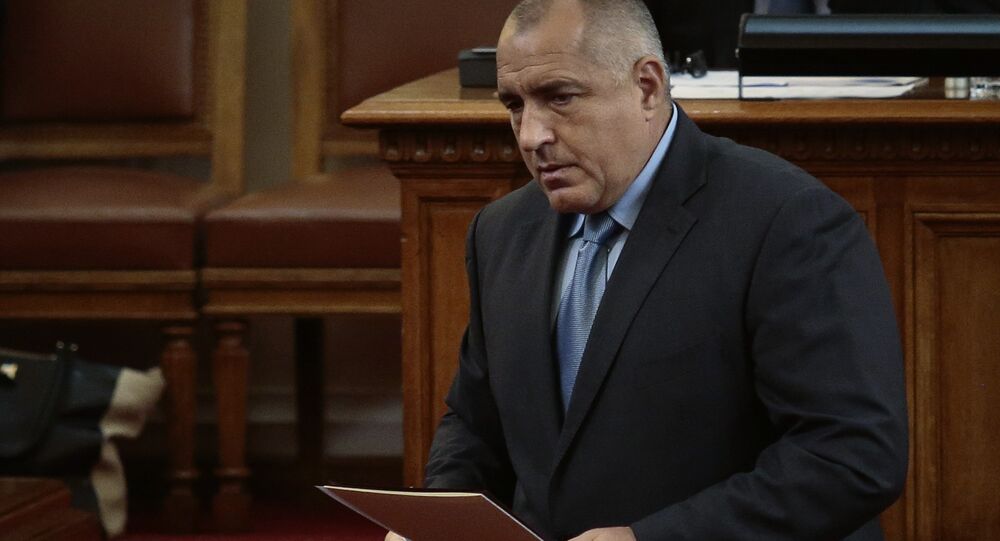 MOSCOW (Sputnik) - Bulgarian Prime Minister Boyko Borissov said Friday that he would exert efforts to close external borders of the European Union for migrants with the only exception being people fleeing military conflicts.

"I will insist on the adoption of an immediate decision for closing the EU’s external borders and admitting only people fleeing war," Borissov was quoted as saying by the Focus information agency.

It is necessary to keep refugees in special facilities located outside the European Union, the politician stated. According to the Bulgarian prime minister, the protection of borders is more important than the protection of refugees.

© REUTERS / Hermine Poschmann/Misson-Lifeline/Handout
Carpe Diem: Italy Moves to Seize Two German NGO-Run Migrant Rescue Ships
On Sunday, Brussels will host the informal working meeting dedicated to the problems of migration. The leaders of the Visegrad Group of central European countries, namely the Czech Republic, Hungary, Poland, and Slovakia, refused to participate in the meeting. According to Hungarian Prime Minister Viktor Orban, such meetings should be organized by the European Council and not by the European Commission.

Europe has seen a major influx of immigrants and refugees since 2015, struggling to accommodate hundreds of thousands of refugees and migrants fleeing hostilities in the Middle East and North Africa.