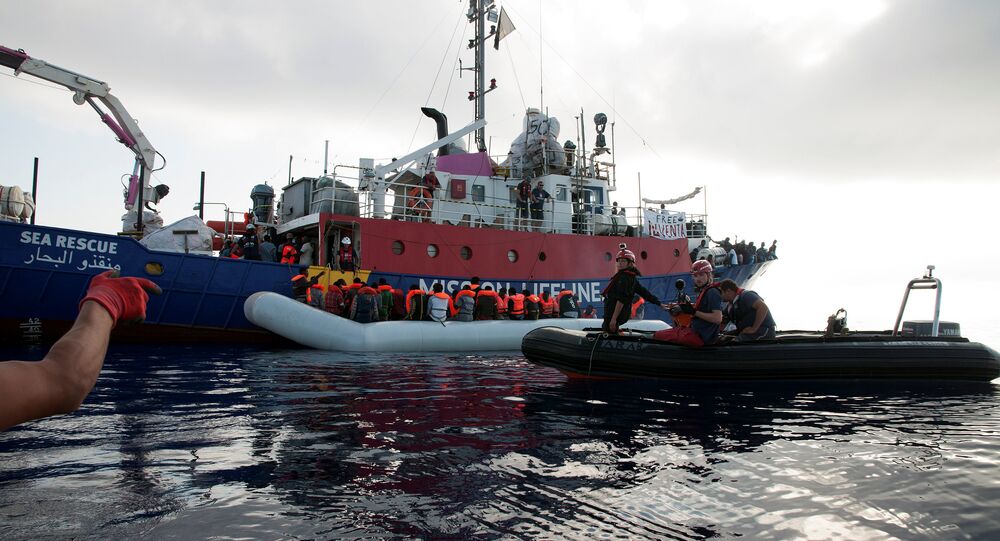 Europe is deeply divided on how best to handle a recent massive influx of migrants from North Africa and the Middle East attempting to reach the continent.

Italy says it will seize two migrant rescue ships in the Mediterranean, citing doubts over their legal status.

Later in the day, the Italian authorities slammed Malta for refusing to take the migrant ship as "inhumane."

© REUTERS / Stefano Rellandini/File photo
Italy Denies Entry to Another Migrant Rescue Ship - Interior Minister
The 32-meter-long rescue ship Lifeline with 226 migrants on board had requested entry to enter an Italian port after it plucked hundreds of EU-bound refugees from two rubber boats off the coast of Libya.

Even though Italian Prime Minister Matteo Salvini, leader of the anti-immigrant League party, warned that the migrants "will only see Italy on a postcard," Transport Minister Danilo Toninelli said that the Lifeline would be escorted “to an Italian port to conduct a probe" and that the migrants will be transferred onto Italian coast guard boats.

The Netherlands has denied responsibility for the boat, which they said is not registered in the country.

"They have a Dutch flag, but they are not registered in the Netherlands, and therefore are not under Dutch state flag responsibility," Dutch Foreign Ministry spokesman Lennart Wegewijs said.

Matteo Salvini earlier threatened to prevent charity vessels carrying migrants from docking in Italy, saying that the Italian Coast Guard would rescue the refugees at sea.

The incident comes as increased migration to Europe has fueled the rise of anti-immigration parties across the EU and highlights rifts in the bloc over how to deal with huge numbers of people fleeing to Europe.

An emergency "mini-summit" will be held in Brussels on Sunday to discuss the immigration issue ahead of a full EU summit scheduled for later this month.

On Thursday, the Italian Prime Minister, Giuseppe Conte, threatened to pull out of  Sunday’s “mini-summit” and was only persuaded to attend by repeated phone calls by German Chancellor Angela Merkel.

A draft accord for the meeting this Sunday was withdrawn after Conte objected to pressure on Italy and other countries with external EU borders, to take back illegal migrants refused entry at Germany’s borders.

According to the UN, over 1,000 migrants have died in the Mediterranean this year, with at least 220 drowning off the Libyan coast within the past two days.