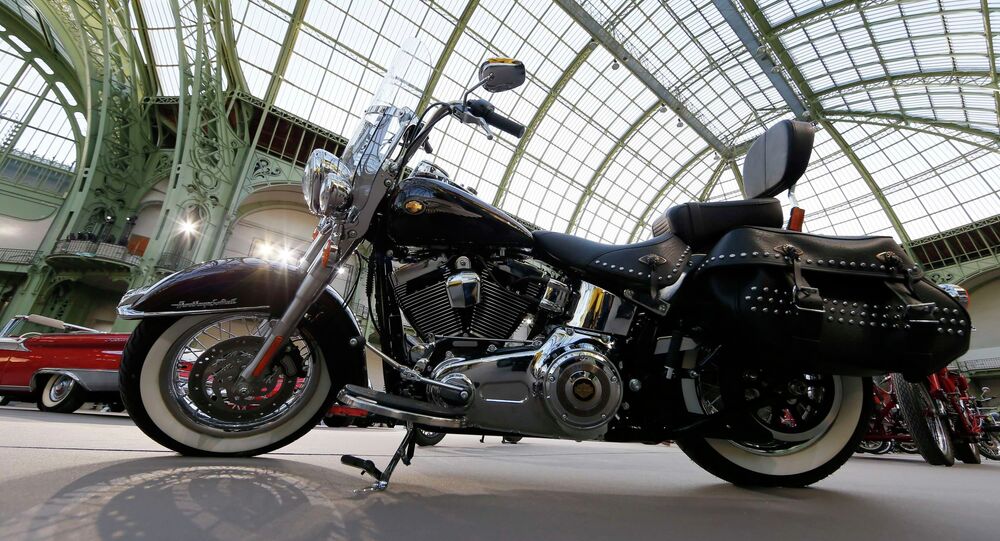 As a trade war between the EU and the US seems to be escalating, with Brussels' retaliatory tariffs on US goods coming into effect at midnight on Thursday, Sputnik has taken a look at the highlights on the list.

Brussels has imposed tariffs on US products worth 2.8 billion euros ($3.3 billion) in response to the US president's decision to hit Europe with 25-percent tariffs on steel imports and 10-percent duties on aluminum. The tariffs also targeted Canada, Mexico, and other close allies.

The list was sent by the EU to the World Trade Organization (WTO) on May 18, on the threshold of Washington's determination to go through with the imposed tariffs.

The list does not accurately define trademarks and brands but European Commission chief Jean-Claude Juncker noted earlier in March that the EU would target "Harley-Davidson, bourbon and Levi's jeans" and EU Trade Commissioner Cecilia Malmstrom has admitted that some iconic American goods were targeted to "make noise" and apply pressure on the US.

© REUTERS / Aly Song/File Photo
Tariffs? Meh: China Has Other Ways to Answer Trump's Trade War
Cecilia Malmstrom stated earlier that the EU was "left with no other choice" but to impose new tariffs of its own after the "unilateral and unjustified decision of the US."

READ MORE: EU All Set to Impose Tit-for-Tat Tariffs on US Imports

According to the trade representatives, European consumers would be able to find "alternatives" for the goods mentioned.

Transatlantic relations have seriously deteriorated since Donald Trump accused his partners and allies of taking advantage of the US in terms of trade following the recent G7 summit.

US Republican Senator: Imposing Tariffs Mistake Due to Potential for Retaliation