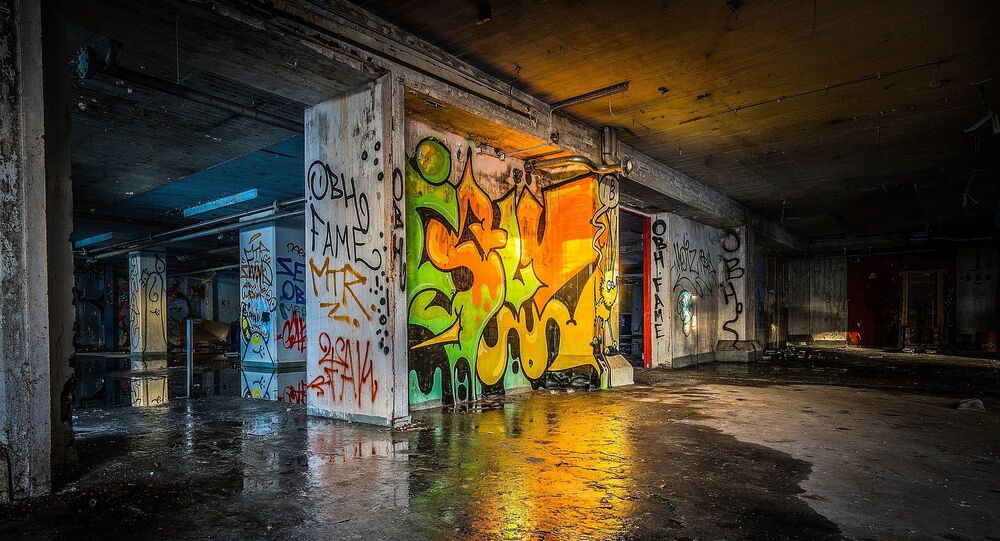 "London might be overtaking New York in the number of homicides but Nottingham and Derby is way worse if you examine the ratios," says East Midlands based music producer and youth worker, Baby J.

In an interview with Sputnik, Baby J said the media focus on London's murder rate ignores the problems elsewhere in the UK.

"But stabbings and killings in Nottingham is a big problem."

According to recent figures published by the government's Office for National Statistics, knife crime has increased by 22 percent in England and Wales in the last year and firearms offences have increased by 11 percent..

"These offences tend to be disproportionately concentrated in London and other metropolitan areas" the ONS says.

During his interview with Sputnik, Baby J set the record straight on youth violence, gang crime and why spending money on young people helps.

"Most policy makers don't have life experience that relates to the problems in society that are connected to economic deprivation; they're not equipped with the right tools."

"You have to have empathy and be able to relate to kids to change their situation," he told Sputnik.

Baby People, the UK's first dedicated hip-hop school in Derby works with around 1500 youngsters a year. "My staff include teachers, professions but I've also got people with criminal records for drug dealing on my books," he says.

"I'm yet to meet a young person who isn't interested in learning or education, Baby J told Sputnik.

"They're just not interested in school. Young people can be passionate and they'll put lots of energy into learning, it's just not what the department for education want them to learn."

Music producer Baby J has worked with children excluded from mainstream education for the past 17 years. He set up Baby People with two business partners to offer youngsters in the East Midlands a chance to immerse themselves in the Bronx-born culture.

After forging a successful career in the music industry, Baby J is an authoritative voice on the roots of urban music — and the root causes of youth crime and what society in Britain can do to prevent it. He believes investing in young people "makes good business sense."

"Spending money on youngsters makes good business sense. I work with a young person, it might cost between two and three thousand pounds a year but they don't go into long-term unemployment, substance misuse, saving the state tens of thousands a year," says Baby J.

"It's about understanding that you've to change people's lives when they're young."

"You're changing their possibilities for the rest of their lives, you're stopping them from joining a gang, you're preventing more mothers and fathers from becoming single parents.

"As time goes on society is becoming more sectioned off, class divide is felt more acutely and kids see other kids with more opportunities than them; they feel they have limited chances," Baby J told Sputnik.

The National Youth Agency (NYA) says the number of youth work courses on offer from colleges and universities in the UK has dropped to its lowest level in a decade.

We are working through the #HiddenYoungPeople report from @LondonYouth and it is a must read, plenty to think about and real action needed! https://t.co/5W18CEAT5H

A new Parliamentary inquiry into the role and impact youth work has in England and Wales has been launched. The deadline to submit evidence is 27 June 2018.

We’ve officially launched our inquiry into the status and future of youth work. If you would like to respond please do so here… https://t.co/P8RO1WPKZw pic.twitter.com/JmG5cuYwIs

"It is seven years since the last parliamentary inquiry into youth services and youth work. Over the years youth work has borne the brunt of significant spending cuts," Lloyd Russell-Moyle MP said in a statement.

"Recent events and reports suggest the loss of youth work has had a negative impact on young people and communities," Lloyd Russell-Moyle MP says.

The clock is very much ticking if you've yet to contribute your experiences, thoughts, recommendations, wishes or advice to the @YouthAPPG Inquiry into the Role and Sufficiency of Youth Work!@bycLIVE @YMCAEng_Waleshttps://t.co/T3ZDFGQbq6 pic.twitter.com/Msf9X17MOr

As someone who has worked for almost two decades with youngsters who have been criminalized and demonized, Baby J has an opinion on why youth crime is high and rising and reaching crisis point in many areas of the UK.

"There's no resources for youth workers, youth clubs, they've all gone. There's nothing for the kids to do in the area," he told Sputnik.

"There are whole areas like that here where the level of desperation and impetus not to carry a weapon and sell drugs to make money diminishes. They're the product of their environment and experiences and adults should be helping them."

We must all see the value and potential that ‘hidden’ young people have to contribute to our society, when we offer them the right support. Read our recs here, I’d love to hear from orgs who share our vision: https://t.co/I195sr3CyM #HiddenYoungPeople pic.twitter.com/5IWu1f56Ti