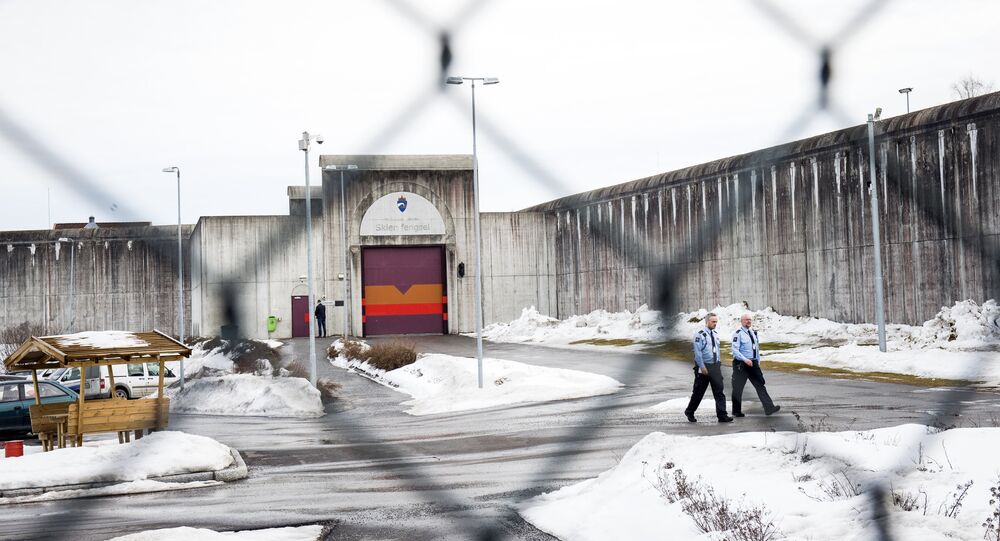 STOCKHOLM (Sputnik) – In 2017, Breivik filed an appeal with the ECHR, claiming that he had been suffering from being kept in solitary confinement in a high-security Norwegian jail.

The European Court of Human Rights (ECHR) said that it was rejecting a complaint raised by Norwegian mass murderer Anders Breivik, who changed his name to Fjotolf Hansen, about his prison conditions.

"In its decision today the Strasbourg Court found that its examination of the case did not reveal any violations of the Convention [European Convention on Human Rights], and rejected the application as inadmissible for being manifestly ill-founded," the ECHR said in a press release.

Breivik was sentenced to 21 years in prison for the attacks — the maximum sentence allowed under Norwegian law.

© AP Photo / Frank Augstein
Worst Killer in Norwegian History Breivik Claims He Has Remorse – Or Has He?
In 2017, the Norwegian Supreme Court refused to consider Breivik's appeal against the state, in which the mass murderer claimed that a number of EU laws prohibiting degrading punishment were breached during his imprisonment.

The top court's ruling upheld the Appeal Court’s decision, saying that no human rights violations had been detected.

On July 22, 2011, Breivik bombed a government building in Oslo, killing eight people. On the same day, he traveled to a Norwegian Labor Party youth camp dressed as a police officer. There, he fatally shot 69 people, most of whom were teenagers. Breivik's main motive for the attacks was to promote his far-right militant ideology.