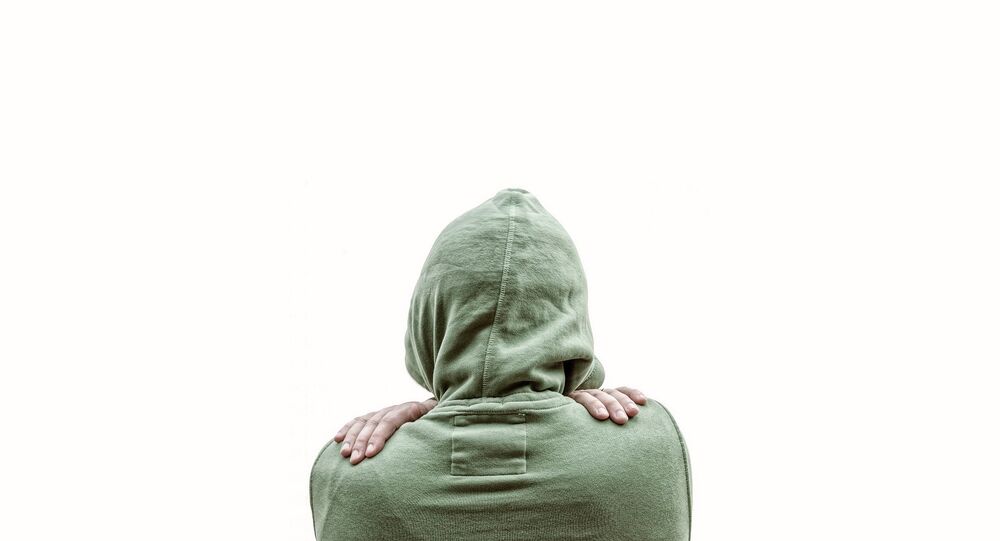 "If it wasn't for music I'd be in jail — or dead," Jess, a former gang member turned rapper told Sputnik.

Jess describes the music he produces as 'reality rap'.

"I'm not into trapping or talking about shooting or stabbing, I'm a bit more mature now."

Jess says the levels of youth violence on the streets has increased dramatically since he was a teenager. "It's 100 percent worse now then when I was growing up," he told Sputnik.

The criminal activity leading the statistics board for the Derbyshire Constabulary between May 2017 and April 2018 includes antisocial behavior, violence and sexual offences and shoplifting; the numbers are 2585, 1058, 953 respectively. However more than half of all crimes recorded, 54 percent, resulted in 'no further action,' according to the force's 'comparison of outcomes' data.

"Youths today don't think there are consequences for their actions," says Jess. "They just think 'if I get arrested I'll just get bail, or they'll be a couple of mates in prison and then in six months I'll be let out again'," Jess told Sputnik and reveals the difference between today's gangs and the one he was part of when he was younger.

"We might have nicked a bike from a shop — but now kids stab for a bike, stab for a phone, it's pathetic but for these kids, going to jail is just another stripe."

"we would have a fight with a gang on the other side but now its all balaclavas and stabbings. If someone looks at you in the wrong way or steps on your trainers, you get stabbed."

Jess met Rukus and Baby J, founders of Baby People, the UK's first school dedicated to hip-hop when he was 11. He's now 26 and still making music and shares his views on what the government in Britain should do to stop the demonization and criminalization of young people.

"The government needs to open its eyes and stop looking at it from their own view and look at it through the eyes of the people who are living in it."

"If they had places to go they wouldn't be influenced by people selling drugs," says Jess.

Data from 180 local authorities in Britain reveals youth services have been cut by £387 million (US$511 million) in the past six years. The report 'A future at risk, cuts in youth services' published in 2016 by union, Unison, warned that the future of youth services was "bleak."

"In the year 2016/17 and beyond, there is likely to be at least £26 million more cuts in youth service spending, the loss of around 800 more jobs, more than 30 centers closed, and 45,000 more youth service places for young people removed," the report states.

"This will only be the tip of the iceberg. Central government funding for local authorities has been slashed since 2010, and by 2021, with the abolition of the revenue support grant, authorities will be left to sink or swim on their own," the report adds.

"There's no opportunities, there's nowhere for the kids to go. There should be youth clubs, they need to give kids experiences to open their minds and see it's not all about smoking weed and selling drugs," Jess told Sputnik.

"We need drama schools and more creative spaces to learn in. Schools should be teaching more physical things, it's not just about sitting in a classroom."

"If you do things with art, it could change a lot of kids lives."