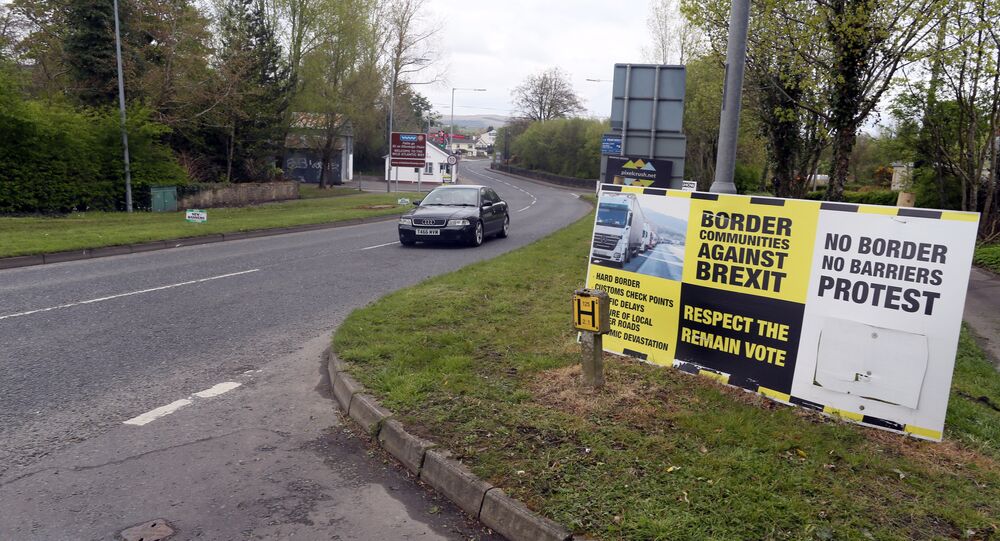 Irish Foreign Minister Simon Coveney has blamed the British government for "revisionism" on the question of the Irish border and warned the Cabinet to prepare for a "very difficult" summer in the Brexit talks.

"We had asked for and looked for significant progress in June. The British government have been unable to deliver on that, that is frustrating for everybody but if anything the negotiations need to intensify, particularly on the Irish backstop element of the withdrawal agreement," Simon Coveney told national broadcaster RTE.

The Irish government has warned that the British government’s inconsistency is threatening the entire Brexit negotiation process between London and Europe with collapse within less than two months.

"But let's be very clear, there will be no withdrawal agreement, no transition agreement, and no managed Brexit if the British government do not follow through on their clear commitments in writing to Ireland and the whole EU as a whole," Simon Coveney stated.

"I am strongly against any temptation to try to isolate Ireland. Ireland has to be part of the deal," he said.

© CC BY 2.0 / Duncan Hull / Banksy does Brexit
'No Substantial Progress': EU Leaders Reportedly Brace for "All Outcomes" on Brexit Talks
Speaking earlier about the Irish border issue, the European Union's Chief Brexit negotiator Michel Barnier said that the UK must be flexible in its positions on the Northern Irish border with the Republic of Ireland or risk the collapse of talks over the future relationship between Britain and the Continental bloc.

The UK government had initially wanted "sufficient progress" on the Irish border backstop arrangement to be reached by next week's summit but has admitted that is now unlikely to occur until October.

Be Nice or Be Bombed? GCHQ Chief Offers Coded Warning to Brussels Over Brexit