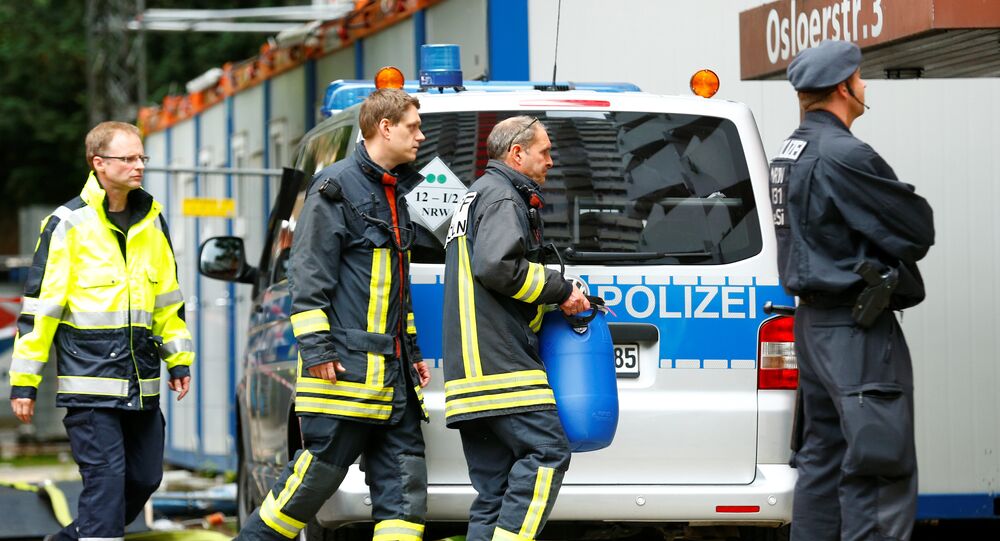 On Wednesday, German authorities confirmed that a man arrested last week in possession of toxic substances was planning to develop biological weapons to carry out a terrorist attack.

According to German investigators, the suspect, a 29-year-old man of a Tunisian origin, who had been detained by the police in Cologne last Tuesday, was using ricin to produce biological weapons, local German news source PressePortal reported Wednesday. The suspect had also been on the radar of German domestic intelligence since April 2017 because of his plans to go to Syria and join Daesh the Kölner Stadt-Anzeiger newspaper reported last week.

"Very concrete preparations had been made for an act with a… biological bomb, which is a first for Germany," Holger Münch, head of the Federal Criminal Police Office (BKA), told German radio Rbb 24 Wednesday, also adding that the suspect "drew" on instructions for making the poison from "Islamist organizations" online.

"The big planned attack, as we have seen in Paris and Brussels, we think that is not completely unlikely, but less likely, because the so-called Islamic State is already very weakened," Münch added.

While investigating the suspect's house last week following his arrest, police discovered a considerable amount of ricin, one of the most toxic substances known. The organic plant-based poison produced from castor beans is six times more toxic than potassium cyanide and has no antidote. An amount equivalent to a few grains of salt is enough for a fatal dose, according to the European Food Safety Authority. In order to kill a person or to do considerable damage to someone's health, ricin must enter the body by being inhaled or be injected directly into the blood.

Police had initially detained both the man and his wife, who is a German citizen, but the woman was released shortly afterward. According to the Kölner Stadt-Anzeiger, the suspect, who arrived in Germany in November 2016, had no previous criminal record.

The BKA, the federal investigative police agency of Germany, has a list of 770 in Germany who are currently considered potential security risks.